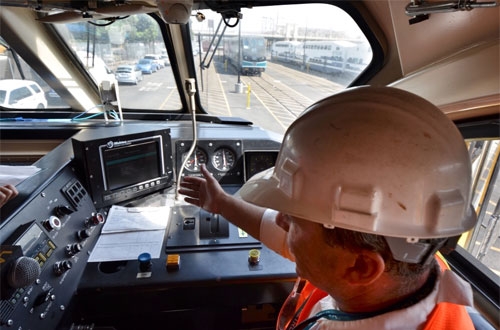 Editor's note: The Association of American Railroads submitted the following commentary following the report "Industry leaders discuss PTC progress" RT&S posted earlier this month. There has been debate about the railroad industry's ability to meet the federal mandate for interoperable positive train control (PTC) technology across huge swaths of the U.S. rail network by 2015. There also have been some critics who have inferred that by seeking an extension of the 2015 deadline set by Congress for implementing PTC, the railroad industry is looking to dodge its commitment to safety. Nothing could be further from the truth and I would like to address this issue and hopefully provide some clarity for RT&S readers.

The nation’s railroads are absolutely committed to implementing PTC and over the past five years have spent more than $3 billion and expended tremendous energy and resources developing, testing, installing and retesting all the components necessary for this coast-to-coast safety system. Not only is this mandate the biggest safety project in railroading history, but the Federal Railroad Administration has said that PTC on this scale has never been implemented anywhere in the world.

It is true, given the diverse nature and size of America’s railroads, that some may have PTC operating by 2015 on their networks. But what makes coast-to-coast PTC impossible by the end of 2015 is that all the railroads’ PTC systems won’t be interoperable and flawlessly communicating with one another. Interoperability is key if PTC is to work seamlessly and safely across more than 60,000 miles of nationwide rail network and this cannot occur by the mandated deadline.

The reality is that a host of challenges, many beyond the railroad industry’s control, have been instrumental in making the 2015 deadline impossible to meet. The latest involves the Federal Communications Commission (FCC). The FCC is requiring historical and environmental review of approximately 22,000 new antennas needed for PTC and has acknowledged that its current review process cannot address such a large volume of antennas in a timely manner. Until a workable solution is proposed, the commission has directed railroads to stop any and all antenna installation, even though almost all installation will occur on railroad property and rights of way.

While completing PTC is important, it is vital that development and testing of PTC proceed safely before becoming operational. To meet Congress’ goal of implementing a safety-enhancing system, taking the time to do it right should steer the process, not meeting an unrealistic deadline. 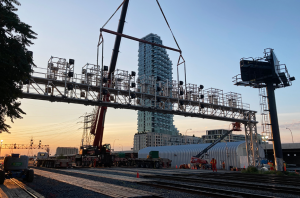