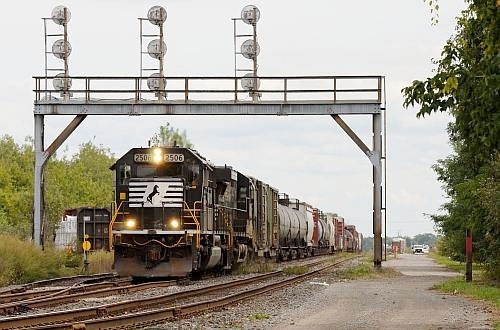 A blanket three-year extension to the Positive Train Control (PTC) implementation deadline has passed in both the House of Representatives and the Senate. The legislation also gives railroads the option to seek a waiver granting an additional two years to install PTC.

The Rail Safety Improvement Act of 2008 mandated that freight rail lines carrying certain toxic materials, passenger railroads and commuter railroads implement PTC by December 31, 2015. However, most of those rail providers required to install the technology will not meet the deadline. A recent Government Accountability Office (GAO) study on the issue confirmed that railroads have faced a number of challenges in implementing the complex technology and most would not be able to meet the deadline.

The Association of American Railroads (AAR) puts the amount freight railroads have spent on PTC development, testing and installation at close to $6 billion with an additional $4 billion to be spent before the technology is fully operational.

The rail industry had been clear that without a deadline extension, there would be a cessation of certain freight and passenger operations, a move that would have idled the movement of millions of dollars in commodities, as well as stranded millions of passengers. The American Chemistry Council estimated that a one-month shutdown of rail service would cost the U.S. economy $30 billion and would lead to approximately 700,000 lost jobs.

Michael Melaniphy, president and CEO of the American Public Transportation Association, also stated the transit industry’s commitment to installing the technology and applauded the congressional vote as a way to avoid a potential economic and commuting crisis, “By implementing a realistic timeline for PTC, the disruption of Americans who take nearly 2 million daily trips on commuter rail systems every weekday was avoided. This extension prevents the shifting of these daily commuter rail trips onto overburdened roads, which could have contributed to an unsafe commuting environment.”

Don Orseno, executive director/CEO of the Chicago area’s suburban passenger rail service, Metra, said, “Today’s action will ultimately enable us to avoid a shutdown of Metra commuter rail service on January 1, 2016. This news can finally put the minds of our customers and employees at ease, knowing that Metra’s trains will continue operating in January.”

Not all reactions to the extension have been positive.

Sen. Barbara Boxer (D-CA), a well-known opponent to a PTC extension, took to Twitter to “express my disappointment that I was unable to shorten the delay of the Positive Train Control.”

She also issued a statement that said in part that she “will continue to shine a spotlight to ensure that PTC is implemented properly within the new time frame.”

Sen. Diane Feinstein (D-CA) called the legislation flawed and added, “For a variety of reasons, we all know [the Dec. 31 deadline] is not feasible for all railroads. But we can’t let this drag on indefinitely. It’s a matter of public safety. We must get this done.”

The PTC deadline extension was part of a short-term funding bill for surface transportation programs, which extends federal spending through Nov. 20.

With passage in both chambers of Congress, the bill now moves to President Obama. The president has voiced his displeasure with delaying implementation of PTC, but he is still expected to sign the legislation.