Canadian National derailment believed to have been caused by sun kink.
CN

One of the dreaded aspects of railroading in the summertime is outside temperatures getting so hot that a rail event called a “sun kink” occurs along the track. While the railroads do their best to proactively look for these on particularly hot days, it’s always possible that one will occur unnoticed until a train comes upon it, usually derailing.

Last Saturday, June 20, a Canadian National train derailed eight cars over a gas pipeline in east Saint John. Preliminary investigation into the derailment point to the cause being a sun kink.

Canadian Department of Transportation Jeremy Trevors said that “preliminary findings indicate that high rail temperatures” caused the derailment. The temperature on the day of the derailment reached slightly over 82 F.

On Wednesday, Tiffany Edwards, a CN spokesperson said “The cause of the derailment is under investigation.”

Fortunately, there were no injuries, and none of the cargo leaked or caught fire. However, two lamp posts hit the ground, and a power line was pulled down.

Wood chips, potash and an empty tank car that had recently unloaded it’s cargo of sulphur were among the cars that derailed. As a precaution, local authorities closed two streets, evacuated people in the area and some businesses closed early.

More information can be found online.

For the latest in railroad news, please visit rtands.com. 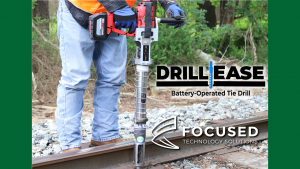