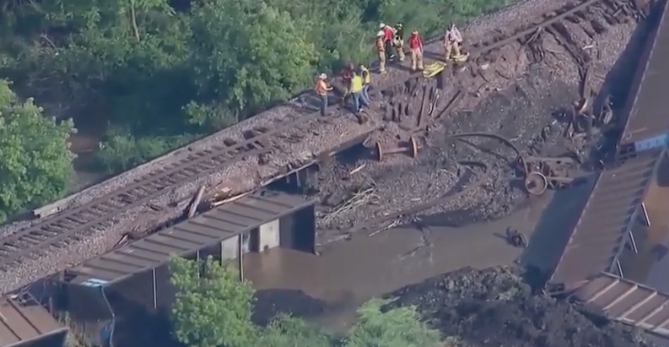 Crews in Oostburg, Wis., are still dealing with a mess left behind by a train derailment. A Union Pacific train lost 13 rail cars on July 5, with some, which were carrying coal, spilling into the Black River. No injuries were reported.

The damaged rail cars were removed on July 6, and sections of track were cut and replaced, but officials are still wondering how much environmental damage has been caused by the coal spill. Union Pacific’s hazmat division and the Wisconsin Department of Natural Resources were looking over the damage and seeing what was done to the surrounding environment. A DNR spokesperson told WISN 12 News that a railroad contractor “is working on mitigation efforts to prevent migration of coal particulates further into area waterways. Short-term coal dust could be a potential issue in-stream.”

No one knows when clean up efforts will be complete, and the cause of the derailment is still unknown. Officials are focusing on a small bridge that spans over the Black River.