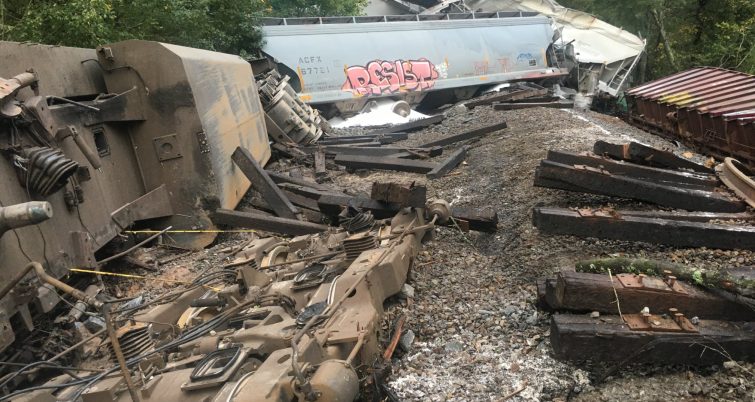 A CSX freight train derailed in the Atlanta suburb of Lilburn, Ga. on Sunday at approximately 2:00 a.m. The train had about 170 cars, and 38 derailed, including several cars loaded with hazardous materials. Some of these cars caught fire. The suspected cause of the derailment was a washout along the line.

The remnants of Hurricane Delta arrived in Atlanta this weekend, causing flash floods and widespread damage. A flash flood warning was in effect on Sunday for the southern, eastern and northern suburbs of the city. In addition to the rain, an EF-1 tornado was recorded near Covington, Ga., which is an Atlanta exurb east-southeast of the city.

The engineer and conductor of the train received minor injuries, yet were assessed at the scene by local first responders, then sent to the hospital. 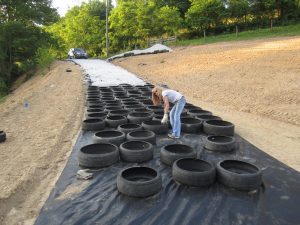 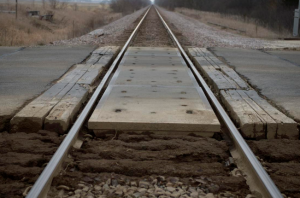