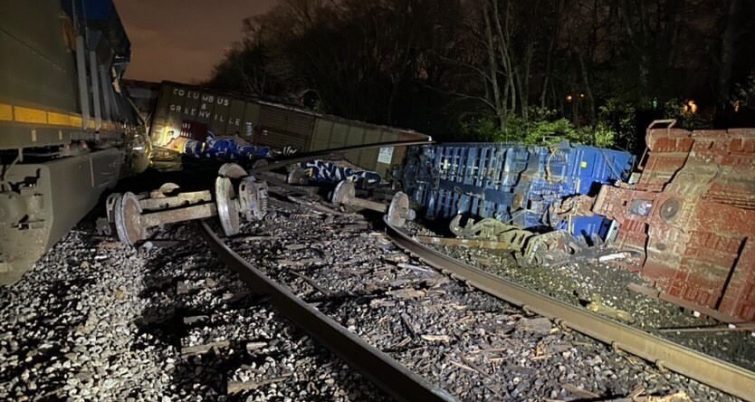 A CSX train derailed in the wee hours of this past Saturday near Madison, Tenn., northeast of Nashville.

RT&S reached out to CSX, and received the following response:

“At approximately 4:07 (3:07 CT) Saturday morning, a CSX train derailed 16 rail cars near West Due Avenue in Nashville, TN. There were no injuries, leaks or spills as a result of this incident. Ten of the railcars were empty and five were carrying wood and paper products. The remaining car was carrying ethanol. Our teams will securely transfer the contents of this car and remove it and all the other cars from the scene as safely and swiftly as possible. The safety of the community and all those on site is our highest priority as we work to completely restore the area. CSX appreciates the swift response of local first responders. The cause of this incident is under investigation.”

Due to the potential threat of an ethanol leak to the surrounding area, people in the vicinity were directed to shelter in place, a directive which was lifted Saturday morning as officials gave the all clear.