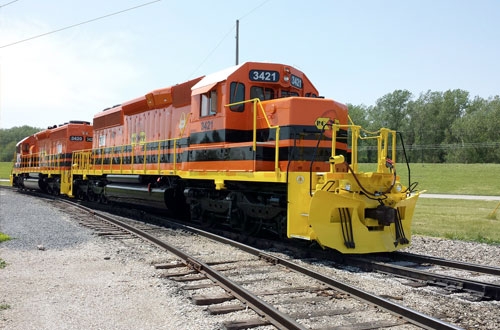 That’s the takeaway from G&W’s earnings report, released today, and a recent presentation at the NRC Conference in Marco Island, Fla.

G&W, the largest shortline operator in the United States, forecasts a capex spend of $215 million in 2019. The company spent some $205.7 million in capital expenditures last year, up dramatically from the $181.8 million of 2017. Kristine Storm, vice president of purchasing for Genesse & Wyoming, told attendees at the NRC conference last month that 99 percent of the company’s mechanical and engineering spend is now bid by a centralized purchasing department. The idea, she said, is to increase the quality of purchasing while reducing costs. 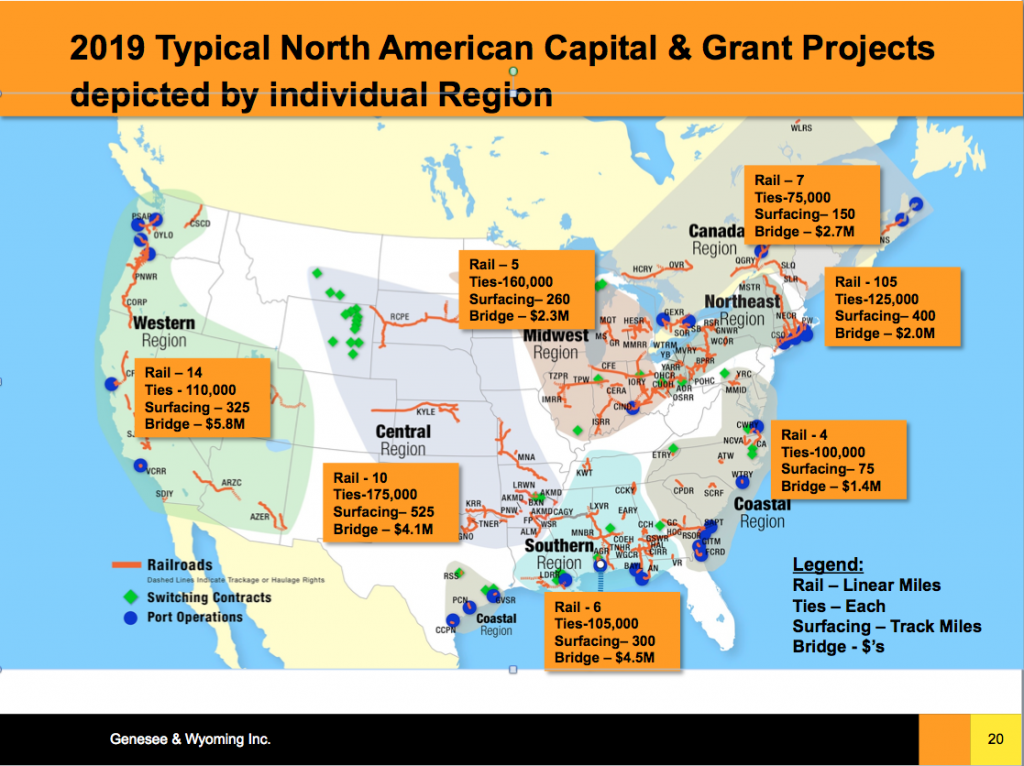 Among the more notable programs to be bid in 2019 are:

— 40 percent of the capex allocation will go to crossties. The railroad company will purchase some 850,000 ties this year. Contractors won’t see much of the installation work, however. Only 30 percent of switch and crosstie installation is outsourced, Storm said.

— G&W plans to spend some $23 million on bridge rehabilitation this year. That’s consistent with 2018’s bridge spend, and roughly $4 million more than in 2017. Most of the available work involves timber repairs, concrete masonry work, and new tie decks.

— a complete tearout of 125 crossing signals

— the company’s speciality engineering services this year include

The biggest engineering challenge in 2019 for G&W involves the massive damage caused to the Bay Line Railroad by Hurricane Michael. That storm tore up miles of track and destroyed millions of dollars worth of  equipment. Repairing the damage seems beyond the realm of possibility. “We’re gonna plow it down and start over is what I’m hearing our options are,” Storm said.

One key item to note is that maintenance of way and engineering vendors are required to complete a new pre-qualification form prior to competing for contracts. Details can be found on G&W’s procurement site. 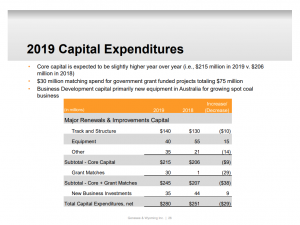 G&W (NYSE: GWR)  reported adjusted net income of $1 a share cents per share in the fourth quarter, better than the 91 cents per share forecast by analysts. Jack Hellmann, chairman and chief executive officer, attributed the strong performance to  “a 17% increase in our North American operating income due to 5.8% growth in carloads and a 250 basis point improvement in our operating ratio.”