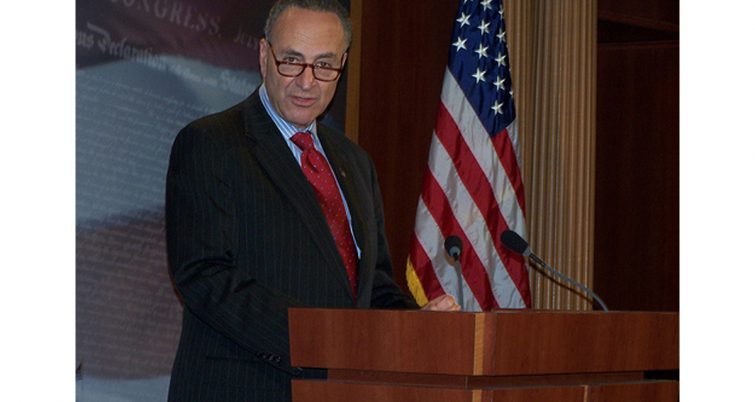 The Jefferson County, New York, location is home to the Army’s 10th Mountain Division. Schumer said the current railhead on Fort Drum limits the installation’s ability to adhere to DOD standards, is limited by spatial restrictions and is incapable of supporting operations during winter months. That last item is particularly problematic given that the 10th Mountain Division is the only division in the Army specializing in winter warfare.

Schumer said the new railhead project, which would carry a price tag of about $21 million, would be funded by the FY2020 Military Construction (MILCON) Appropriations bill.

He explained that during his meeting with Shanahan, he made it clear the DOD should do everything possible to prioritize the construction of a new railhead on the base.

“The current railhead limits Fort Drum’s ability to meet deployment requirements, and to maintain the advantages that make this operation so valuable. We must make the necessary investments to enable our world-class troops at Fort Drum to muster and mobilize with unparalleled efficiency,” Schumer said. “Fort Drum is both a major asset to the Army and woven into the very fabric of the North Country – I’ll keep fighting to ensure that its infrastructure is up to date and capable of supporting all of the military’s requirements.”

Schumer said the current Fort Drum railhead is outdated and needs a critical upgrade. The location has a limited method in place for simultaneously loading and unloading trains for mobilization, which causes multiple missions to be staggered and delayed, he said.

Loading trains for deployment often requires the base to hold inbound trains miles away in a Watertown rail yard, adding to costs. The current railhead also has a limited capacity for storage and winter conditions frequently limit operations at the location.

Schumer said the new railhead project would improve loading operations at Fort Drum by adding more than a mile of new railroad loading tracks. Additionally, the $21 million project would support the construction of new ramps, a side loading area, weather protection measures, new lighting and a new Alert Holding Area with a cargo inspection building.

Officials said the base trains tens of thousands of troops every year, serving as the largest employer in the North Country and across Upstate New York, contributing nearly $1 billion annually to the region’s economy.