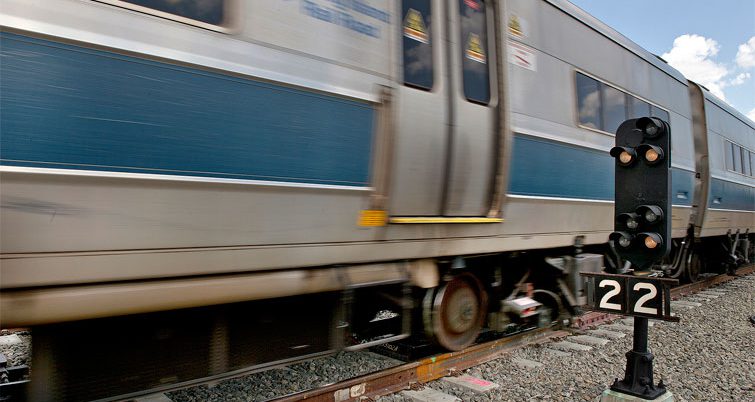 Long Island Rail Road (LIRR) announced that crews performed work to install nearly 588 tons of new rail on the Port Jefferson Branch this past weekend and replaced a switch on the Babylon Branch.

The railroad said these initiatives are part of ongoing efforts to bolster infrastructure and increase service reliability.

Between the railroad’s Huntington and Port Jefferson stations, LIRR personnel were expected to distribute new continuous welded rail on multiple sharp curves throughout this corridor using a specialized train, consisting of about 30 cars with special racks that support the rail, as well as special cars to unload the rail from the racks to track level.

Officials said the 18 new strings of rail were each 1,440 feet in length, some of which were to enable the replacement of three grade crossings.