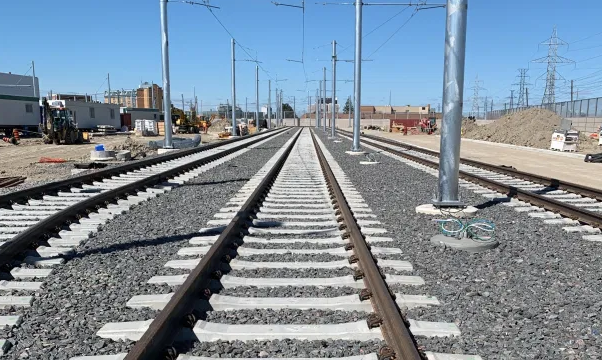 The skeleton for ballasted track on the Finch West light-rail project is now complete.
Metrolinx

The Finch West light-rail transit route has checked off key advances that literally put it on track for important vehicle testing to come later this year, including track work and needed elements for the maintenance and storage facility.

Crews toiling away on the Finch West light-rail transit (LRT) project have reason to boast, as they have completed some important milestones, especially around the maintenance and storage facility.

That critical facility, often just called the MSF, is where the light-rail vehicles will go for repair and upkeep.

In March, crews completed the west concrete apron to the building and at the end of April they completed the concrete work for the east apron one day ahead of schedule.

The team also has managed to hit 100% completion of contact wire at the MSF as crews pulled the last overhead catenary system (OCS) contact wire.

Recently, the MSF team has continued making big strides as they fully completed the skeleton for ballasted track. That means all track rail has been laid in contiguous route around the site on crushed granite rock pieces supporting the concrete ties which the track rail is fastened to. 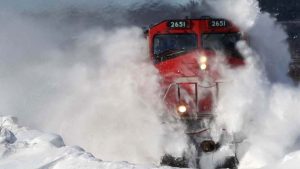