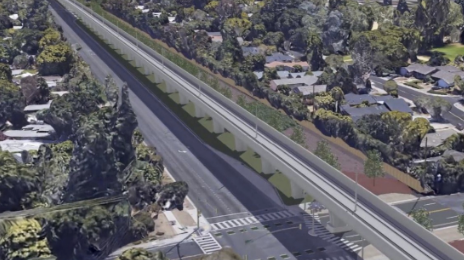 The Palo Alto City Council eliminated the idea to build a viaduct to solve traffic issues.

The short list is now a bit shorter, but a final decision could be a long process.

The city of Palo Alto, Calif., wants two rail crossings to be fixed so train traffic no longer intersects with car and truck traffic. Four ideas were presented, and on Aug. 23 one of them, a viaduct taking railroad tracks over Charleston Road and Meadow Drive, was officially eliminated by a 6-1 city council vote.

However, the remaining three come with just as many challenges. Digging a trench for trains between Loma Verde Avenue and the San Antonio Caltrain station in Mountain View, building an underpass under the tracks, and a hybrid design involving raising tracks and lowering the roads are the options still on the table.

The trench would cost $800 to $900 million and would take six years to complete. Creeks also would have to be dealt with and groundwater would need to be pumped along the entire length of the corridor. The underpass option would require more property acquisitions and turning restrictions on several streets. A roundabout also would have to be constructed. The hybrid would create earthen berms for trains, but remains an unpopular choice.

In rejecting the overpass design, the city council wants city staff to make changes to the underpass option in regards to traffic circulation issues and also gave a green light for a geotechnical study for the trench alternative.

The city has wanted a solution to the train/auto traffic for years and the council even appointed a citizens group to help with the process. The public seems to be against any structure in the air, and wants the city council to eliminate both the overpass and hybrid options.