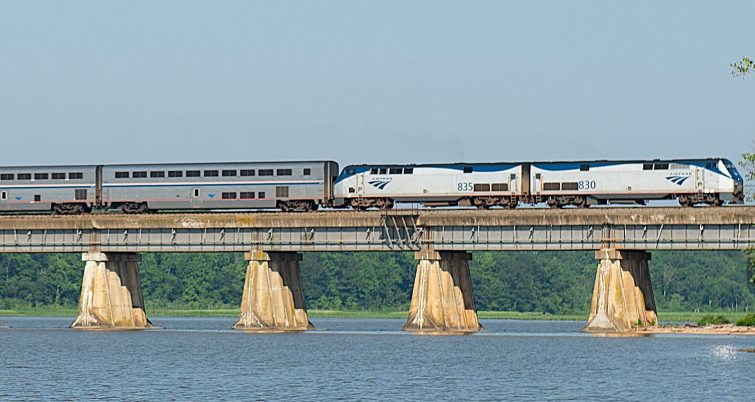 The U.S. House drafted a bill this week that would provide significant funding for Amtrak, provided the railroad does not cut service. RT&S News reported Tuesday that some in Congress believe Amtrak is trying to use the low ridership resulting from the pandemic as an excuse to cut service frequency, particularly on long-distance trains. Amtrak has taken fire from Congress on this issue, and this bill is likely in response to that debate.

The draft Fiscal 2021 bill proposes that the regular Amtrak appropriation be increased, and that a minimum of an additional $26 billion in emergency grant funds be earmarked for both Amtrak and public transit. In order to receive the money, Amtrak must commit not to cut staff, routes, or train frequency.

Jim Mathews, president and CEO of the Rail Passengers Association, a lobbying group, said “Congress is really listening to Americans and recognizing the critical role passenger rail and public transit have always played in economic resilience. The House has already passed the authorizers’ ambitious policy framework for passenger rail in H.R. 2, the INVEST in America Act, and now House lawmakers are stepping up with a Fiscal 2021 money bill to make sure that Amtrak, commuter railroads and state agencies have the funds they need to keep America moving.”

Mathews added “Since May 28th, we’ve been saying that while we strongly support additional emergency funds for Amtrak, we’ve also insisted that any additional funds need to buy certainty for workers and passengers alike. Daily train service must be the very minimum service level. Title I includes important language protecting that service at 2018 levels in exchange for additional dollars.”

Section 502 of the bill spells out that receipt of the money would protect existing routes and daily service, along with employee protection against furloughs:

More information, including how the money would be allocated, is available online. Also, here is a link to the entire text of the bill.