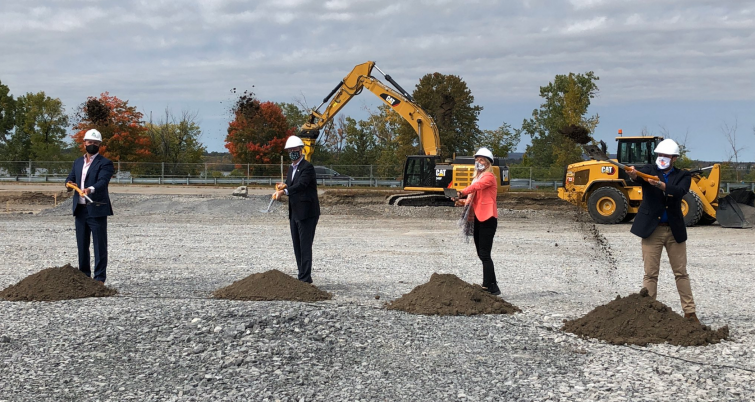 Instead of digging into the actual ground itself, officials used makeshift piles of dirt to signal the beginning of tunnel construction on Ottawa’s Confederation Line.

Ottawa Mayor Jim Watson, Minister of Infrastructure Catherine McKenna, and MPP Jeremy Roberts were among those who took part in the christening of construction. It was not quite how it is normally done, but what is during the COVID-19 pandemic? The real deal will be going down when all of the equipment arrives for tunnel work, which is part of Stage 2 of Ottawa’s Light Rail Transit project.

The 3-km-long tube, called the Parkway tunnel, will go from Dominion Station to north of Lincoln Fields Station and under the John A. Macdonald Parkway and Byron Linear Park.

Crews will use the cut-and-cover construction method to build the Parkway tunnel. Excavation will begin at the surface and support walls will be installed as work gets deeper. Underground utilities are currently being relocated.

There will be a pair of tunnels built during the Stage 2 O-Train West Extension project. A tunnel that will join Lincoln Fields Station with Queensview Station (270 meters long) will be worked on at a later date. That tunnel also will be built using the cut-and-cover method.