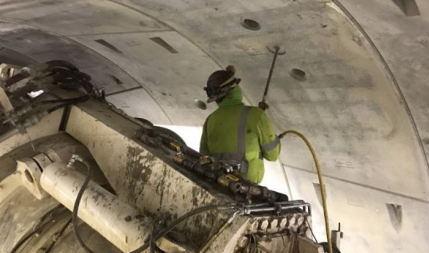 A tunnel section of the L.A. Metro Purple Line extension.

Some are now calling Los Angeles County the rail construction hub of the U.S.

In the next five years, three rail projects are expected to get moving—a rail line through or under the Sepulveda Pass, an extension of the Green Line and the high-speed rail project that will link Las Vegas with Los Angeles.

Sales tax increases produced by the voter passage of Measure R in 2008 and Measure M in 2016 are helping with the funding, and the $1.2 trillion infrastructure bill signed by President Biden on Nov. 15 should help advance the railroad infrastructure movement in southern California.

Projects officials are hoping to get off the ground in the coming years are the Crenshaw Northern Extension and the West Santa Ana Branch light-rail line.