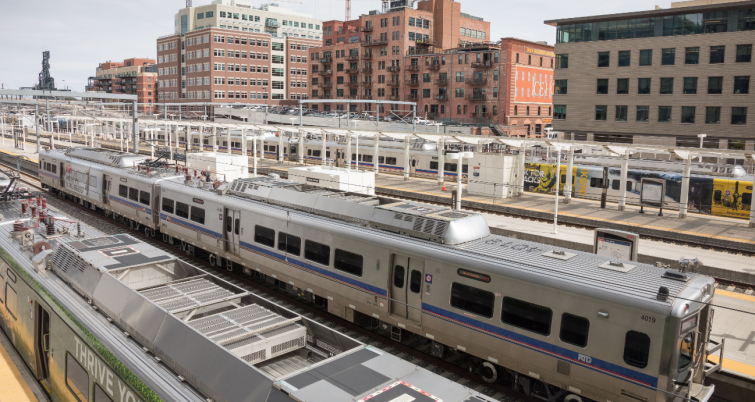 Now that the RTD Board has decided to go with the Level 2 option a study will now take place looking at costs and any construction challenges.
RTD

The RTD Board of Directors has green-lighted a more detailed plan to provide “peak service” diesel rail transportation to Boulder and Longmont in Colorado.

The Board was presented with three options for the next steps in the work to fulfill promises made during the 2004 campaign for the FasTracks program. The RTD Board chose the Level 2 option. The decision will put a study in motion that will estimate all associated costs and identify issues to be addressed with the project.

Bill Van Meter, RTD’s assistant general manager of planning, said Level 2 will trigger a new Planning and Environmental Linkages study, a review of current vehicle technology and impacts, and a high level of community engagement along the 35.3-mile corridor.

Developing the plan, he said, will take up to two years to complete and require up to $8 million of funding. A scope of work for the study will be presented to the RTD Board this summer, and the study itself could begin by the end of 2021.

The plan is needed before the Board makes the big decision on whether to turn that first shovel of dirt. Current estimates are that the peak service concept would require $708 million in capital expenses and $14 million in annual operating expenses.

In addition to the Level 2 option, the Board was presented with the Level 1 option of dusting off plans from 2013—essentially proceeding as if not much had changed over the past eight years. The Level 3 option called for a full Environmental Impact Statement and a thorough assessment of all assumptions involved with rail alignment, station locations, and the latest technology. Level 3, the most involved plan of the three, would need three years of work and up to $13 million to develop.

“The time for talk is over; the time for action is now,” Director Doug Tisdale said. He reminded fellow Board members that the Board reaffirmed its FasTracks commitments in 2018 with a resolution that pledged to take all reasonable steps to fulfill what was promised.

Voters in eight counties in 2004 agreed to bump up sales tax rates by .04 percent to make FasTracks happen. To date, RTD has built 25.1 miles of light-rail track and 53 miles of commuter rail track, launched the Flatiron Flyer bus rapid transit service, and opened an intermodal hub at Union Station.

Tisdale pointed out that President Biden’s proposed $2 trillion infrastructure plan could yield the dollars that RTD needs, but only if that legislation passes—and only if RTD is ready with a plan.

Director Paul Rosenthal indicated concern about the time needed to generate the studies, let alone put trains on the tracks. “Folks in the northwest have been waiting,” he said. “I don’t know if we can count on their patience.”

RTD General Manager and CEO Debra Johnson emphasized that the study would only yield the necessary analysis so the Board could make the ultimate decision. Since an initial study session with the RTD Board in February, she said, RTD staff have met with Gov. Jared Polis (who has pressed hard for completing FasTracks service to the northwest), BNSF Railway, Front Range Passenger Rail, the Colorado Department of Transportation, and others.

The peak service concept calls for three morning trains from Longmont to Denver and three evening trains in the opposite direction. The trains would run on existing BNSF track. Each trip would take about 60 to 70 minutes, said Henry Stopplecamp, RTD assistant general manager for capital programs.

Station locations would need to be identified and built. Rolling stock would need to be purchased. A maintenance facility would need to be located and constructed. All the work would require conversations with the communities up and down the line. There might be requests to establish quiet zones or to build noise walls, Stopplecamp said.

Stopplecamp added that one of the biggest challenges would be buying the rolling stock—because the agency can’t buy the trains until it knows the platform configurations—and constructing the maintenance facility.

Asked by Director Bob Broom if the Northwest Rail would be in “competition or collaboration” with Front Range Passenger Rail or with Amtrak, Van Meter said the idea is to work together to serve the communities. “We have already started those discussions and agreed we have to have that coordination,” he said.

Director Bobby Dishell asked if there might be an alternative to diesel. Yes, said Stopplecamp, but only at great expense due to the cost of battery-powered trains or electrifying the whole corridor. “The costs would drastically increase,” he said.

Dishell also asked if RTD plans “similar dedication of resources and time” to other elements of FasTracks that remain incomplete. “Is this just a political exercise?” he said.

Johnson reiterated that the study is being set in motion only to develop a “common set of facts.”

Director Shontel Lewis, who expressed the most concern about the study going forward, cautioned that expectations need to be managed.

“I don’t want folks to think there are more guarantees than there actually are,” she said. “We would still need to grapple with not having the money to fund these projects while also balancing the list of projects that we have that are unfunded while continuing to pay for operations.”

Lewis added: “I don’t want folks to think there is funding at the end of this. I would love for us to state that on the record.”

Pouring this much work into the Northwest Rail idea, she said, might set a precedent for the approach to other unfinished FasTracks projects, including the .8-mile Central Rail Extension.

Director Marjorie Sloan urged the Board to take advantage of the bright spot in the “prospect of funding.” The Level 2 approach, she said, “is the most economical” choice right now.

Director Lynn Guissinger said Level 2 “provides the kind of engagement without going too over-the-top … to move forward in a very open way.”