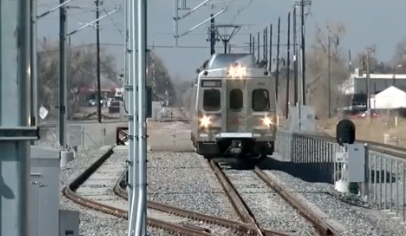 The B line in Denver is getting an F for service.

Residents have been getting taxed for a B line, also called Northwest Rail, for more than 15 years. Right now, RTD’s Northwest Rail ends in Westminster. However, taxpayers were promised a line that would extend to Boulder and Longmont. RTD now says the line will not be complete until 2042, possibly later, because the funds just are not there. The cost to extend the route now sits at $1.5 billion.

The RTD says it wants to finish the line as soon as possible, but without funding track construction cannot happen. RTD has about $124 million in a FasTrack savings account, but the money needs to be used for other services, not just construction of the Northwest Rail. The central corridor and southwest extensions also are on the funding list, as is work on the north metro line.

Colorado Gov. Jared Polis wrote a letter to RTD, stating, “I write to remind you of RTD’s responsibility of fulfilling their obligations to the taxpayers of the district and urgently request you begin the planning necessary to complete the construction of [Northwest Rail] by 2025.”

RTD was supposed to discuss next steps during a study session on Feb. 9.