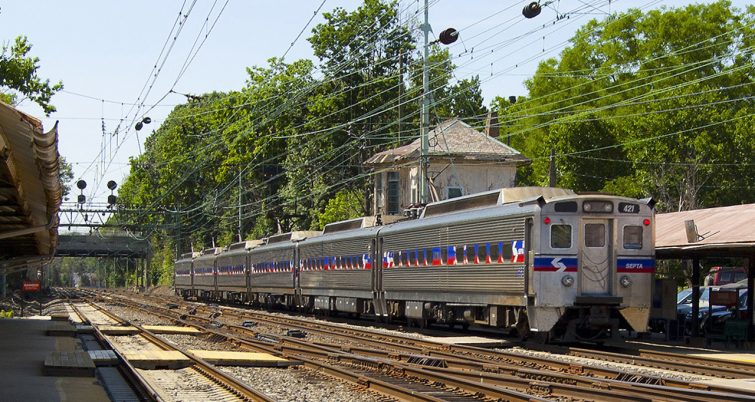 When Jimmy Carter was President of the United States from 1976 through 1980, promotion of renewable energy was a major focus of his administration.

Even though he had solar panels installed on the roof of the White House, President Reagan had them removed when he assumed office in 1980. It is fair to say that President Carter was ahead of his time regarding energy. His discussion about renewable energy did not have a huge impact on U.S. policy at the time. However, as global warming has become an urgent issue, the world is now looking seriously at renewables. While there are other solar- and wind-powered operations today, SEPTA’s announcement of a solar farm that will provide nearly 10 percent of the agency’s electricity demand is a another move in the right direction. We will continue to monitor and report on the dramatic shift in energy sources in the months ahead.

A stride in decarbonization in Pennsylvania was made recently with the commercial operation of a 17.5 megawatt solar farm in Franklin County, Pa. The project, Elk Hill Solar 2, developed under a power purchase agreement between the Southeastern Pennsylvania Transportation Authority (SEPTA) and Lightsource bp, is helping advance energy and sustainability priorities for both SEPTA and the Commonwealth. The solar farm was developed, and is owned and operated by Lightsource bp.

The project is one of two solar farms that SEPTA and Lightsource bp announced on Earth Day in 2020. Elk Hill 2 will generate an estimated 27,377 MWh of clean and affordable solar energy, or nearly 10 percent of SEPTA’s 380,000 MWh per year electricity demand-the equivalent of providing energy to more than 2,500 U.S. homes annually.

“This project is a win-win, creating good-paying jobs for Pennsylvanians while locking in low prices with a clean energy source for SEPTA,” said SEPTA Board Chairman Pasquale T. Deon, Sr. “We’re excited to be a part of moving the Commonwealth’s energy industry forward.”

Generation from a solar farm of this size and type would be expected to reduce greenhouse gas emissions by 19,360 metric tons of CO2 annually, equivalent to offsetting the emissions of 4,180 fuel burning cars each year. It also supports Pennsylvania’s goals to generate a percentage of clean electricity by solar photovoltaics, helping to diversify the state’s energy portfolio and increase security with locally generated power.

“Transit is inherently sustainable, and this is just another example of how solar investment benefits, not just the environment, but the transit industry as a whole,” said SEPTA General Manager, Leslie S. Richards. “Supporting the development of local renewable energy is another way we can deepen our positive environmental impact and this premier project will start the charge in achieving our long-term and ambitious sustainability goals in this vital field, which will only become more important in the future.”

“We’re thrilled to partner with SEPTA, an organization committed to its sustainability goals, while supporting development of new solar energy sources within the state to create jobs in local communities during these challenging times,” said Kevin Smith, chief executive officer of Lightsource bp in the Americas. “Working together, we’re helping advance transportation’s decarbonization while benefitting Pennsylvania’s environment as well as its economy.”

Local economic benefits
Lightsource bp and project investors fully funded the project, an estimated $18 million of investment into energy infrastructure for Pennsylvania. In addition to providing cost-competitive, locally generated renewable energy, Elk Hill Solar 2 created 100 jobs during the construction of the facility. Over 43,800 bifacial solar panels, which collect the sun’s energy from both sides of the panel, were installed on about 80 acres. The solar panels will follow the sun during the day to collect the optimal amount of sunlight.

About SEPTA
SEPTA (Southeastern Pennsylvania Transportation Authority) is the nation’s fifth largest transit system, with a vast network of fixed route services including bus, subway, trolley, trackless trolley, and Regional Rail, as well as ADA paratransit and Shared Ride programs. This network provides service in Bucks, Chester, Delaware, Montgomery and Philadelphia Counties with connections into New Jersey and Delaware. SEPTA is also one of the region’s largest employers, with a workforce of approximately 9,500 employees. More information about SEPTA is available at www.septa.org. For media inquiries, please call 215-580-7842.

About Lightsource bp
Lightsource bp is a global leader in the development and management of solar energy projects, and a 50:50 joint venture with bp. Our purpose is to deliver affordable and sustainable solar power for businesses and communities around the world. Our team includes over 500 industry specialists, working across 14 countries. We provide a full service to our customers, from initial site selection, financing and permitting through to long-term management of solar projects. Lightsource bp in the U.S. is headquartered in San Francisco with development offices in Denver, Philadelphia, Atlanta and Houston. Since late 2017, the team has developed a pipeline of more than of more than 8 gigawatts of large-scale solar projects at various stages of development across the United States with over 2 gigawatts of contracted assets representing almost $2 billion in near term projects. For more information please visit lightsourcebp.com. 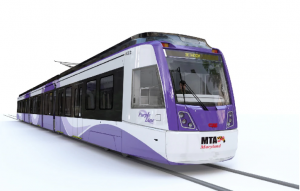 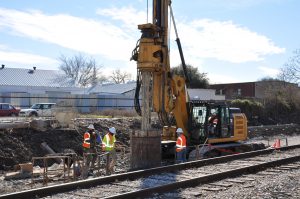 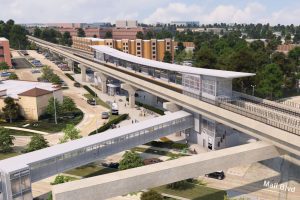