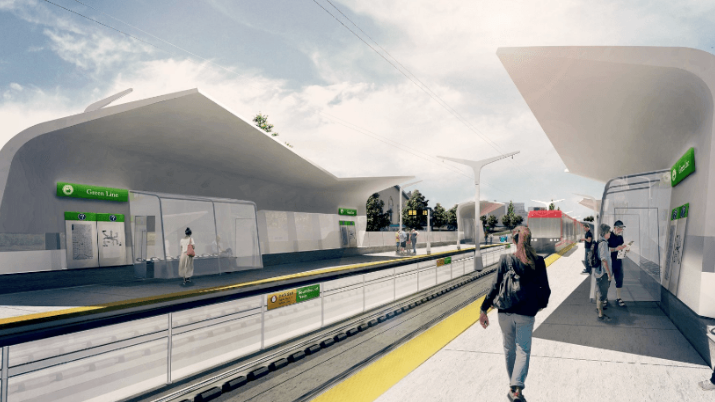 Calgary officials will vote on whether or not to move forward with a Green Line project in June.
City of Calgary

By the start of summer the city of Calgary will know if it has warmed up enough to plans for a new Green Line light rail track. The Calgary City Council is expected to vote on whether or not to move forward with the project on June 1.

A few updates have been made, including a station added at Crescent Hills and a new plan for a bridge spanning the Bow River. The bridge will span over Prince’s Island Park, and city officials would like the structure to be a multi-us pathway.

The Green Line also will be intertwined with the redevelopment of Eau Claire Market. The 2nd Avenue SW station could be slightly under the infrastructure, meaning the Green Line would be partially underground to avoid the existing public road network.

Construction of Segment 2 is planned to begin by 2022, and the first phase will be complete by 2026.