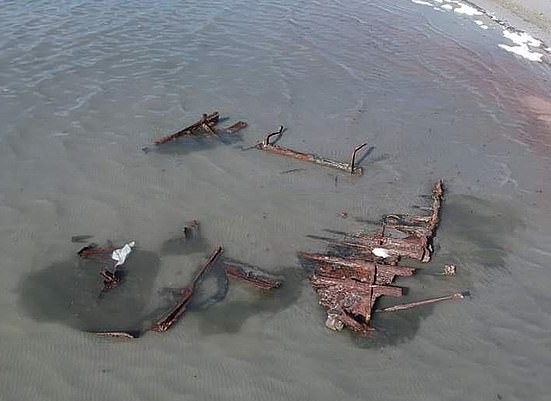 The boat, owned by a local railroad, is believed to have shipwrecked over 120 years ago.
Great Salt Lake Park & Marina

A recent storm in Utah has uncovered some railroad history. Winds reached 55 mph, which was enough to nudge a steel boat free so it could be visible on the Great Salt Lake. The boat apparently shipwrecked in the late 19th or early 20th century.

Shearer said the steel boat looks to be about 30 to 40 ft long.

“Some of these boats experienced tragic endings only to be buried in the sand by storms,” the Great Salt Lake State Park & Marina said on its Facebook page. “But storms can also uncover them as the most recent one did by the Great Salt Lake Marina.”