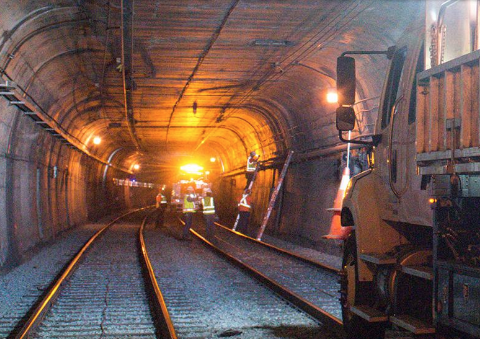 Attention will be centered on the Twin Peaks Tunnel in San Francisco once again on Nov. 30. The tube has had issues since it re-opened two years ago.

Next week, crews will start replacing the splice connections and lines overhead, upgrading switch machine and subway lights, making trackway adjustments and performing critical maintenance to infrastructure. The most important task will be removing poor ballast that was never addressed during reconstruction. Due to high amounts of heavy metal in the rock, the San Francisco Municipal Transportation Agency and the contractor decided to leave the ballast in place that has been part of the tunnel since original construction back in 1918.

Muni still has not revealed how much it will cost to replace the ballast, and a majority of the work will take place on the Eureka Curve, which is the connector between downtown San Francisco and the West Portal.

The Twin Peaks Tunnel project is part of Muni’s Subway Renewal Program, designed to target critical subway systems and infrastructure for strategic overhauls to improve reliability, resilience and longevity of the system once it reopens.