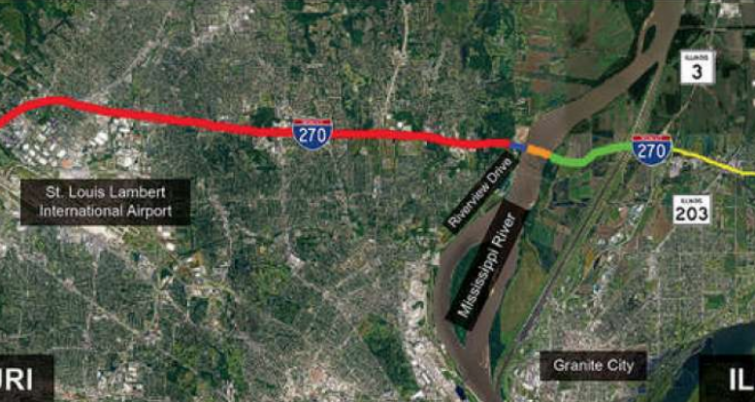 The Merchants Bridge is the second-oldest bridge on the Mississippi River in the St. Louis region, but soon it will feel young again.

The Merchants Bridge was open to rail traffic in 1890, 16 years after the Eads Bridge. The span serves as a critical point for eastern and western freight traffic, and carries more than 40 tons annually while serving six Class 1 railroads.

Reconstruction began back in 2018, but there is still critical work being done. Crews need to remove and replace three river-span trusses, seismically retrofit the existing river piers and improve the east approach.

Load restrictions prohibits two trains on the bridge at the same time, and when work is finished there will be the ability to take on more capacity.

The St. Louis region happens to be the second-largest freight rail interchange location in the U.S. and the third-largest by tonnage. The bridge project is funded by the Terminal Railroad Association of St. Louis and by a Consolidated Rail Infrastructure and Safety Improvements grant.