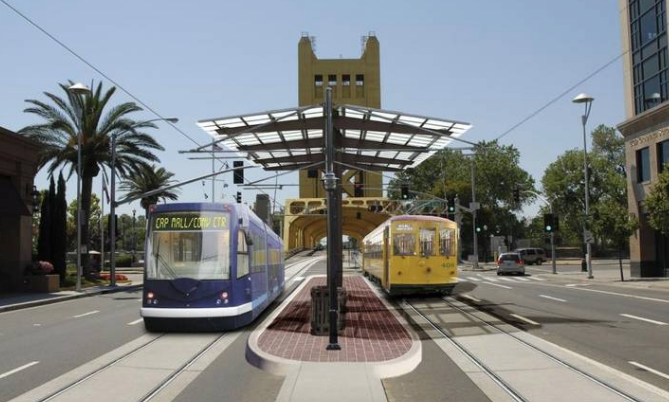 The Sacramento Regional Transit board might now have the votes for a light-rail line.

An absent voter wants to be counted. In late August, the Sacramento Regional Transit board rejected a proposal for a rail line over the Tower Bridge. Citrus Heights representative Steve Miller, however, was not there for the vote, and he is leaning towards approving the line.

A weighted voting scale defeated the proposal. Just 48 percent voted in favor, and 50 percent was needed for passage. Miller’s vote is worth 10 percent, and the Sacramento Regional Transit board will now vote again later this week.

Those officials outside of the board seem to favor the light-rail line as well. Both mayors from Sacramento and West Sacramento want it to happen, and State Rep. Doris Matsui also has secured $50 million in federal funding for the $130 million project.

The original plan was to construct a 4.4-mile streetcar line with 21 stops. However, the cost was over $200 million so it was decided to scale down the project. The idea on the table would have just three stops and a majority of the funding would have to come from the local level.

The hope is once the 1.5-mile line is formed there will be extensions in the future. The current proposal also includes an agreement from the cities of Sacramento and West Sacramento to hold the board financially “harmless” if there are construction cost overruns or high operating costs, which was one of Miller’s top concerns.