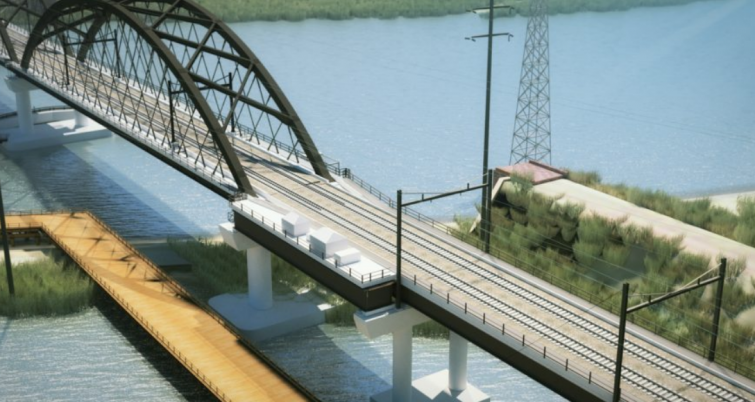 The Portal Bridge project will now move into the engineering phase after receiving the nod from the Federal Transit Administration.
Amtrak

After years of standstill, work on the Portal Bridge in New Jersey just got its first significant nudge.

The Portal Bridge, an integral piece connecting to the Gateway Project, is now eligible for over $766 million in federal funding after being elevated to the engineering phase by the Federal Transit Administration. The $1.8 billion project to replace the over 100-year-old bridge also will receive $600 million in borrowed money from the state of New Jersey. Amtrak also will be throwing money at the project.

NJ Transit now must submit a revised financial plan and demonstrate financial capacity to cover an unexpected cost increase or funding shortfall and must also demonstrate commitment of funds for the intercity rail portion of the project.

NJ Transit also has advanced $2.3 billion in projects over the last couple of years.

The Portal Bridge connects to the tunnel that lies underneath the Hudson River. The Gateway Project involves the construction of a new tunnel. That endeavor will cost $30 billion and still has not received support from the White House.

Last week New Jersey Gov. Phil Murphy dined with President Trump, and afterwards Trump tweeted he had given the green light for the Portal Bridge project.