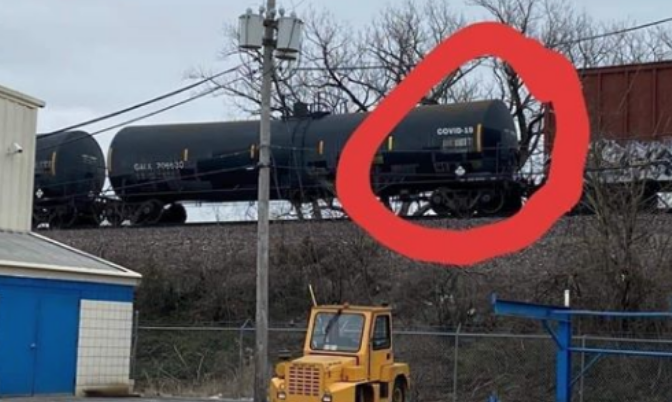 A viral photo taken during the COVID-19 pandemic was the No. 1 news story on the RT&S website.

According to Google Analytics, There were a whopping 1.4 million pageviews on the RT&S website in 2020, and in a year that was bombarded by COVID-19 stories it is not surprising that the pandemic claimed the No. 1 spot on the most-viewed news piece. Here are the five most-viewed news stories:

A photo taken of a rail freight tanker with “COVID-19” marked on one of its sides quickly became an internet sensation when it was posted on March 14 and March 16.

According to AFP, a global news agency, the photo appears to have been doctored. AFP says freight tankers are operated by Chicago-based GATX. “GATX” can be found on the other end of freight tankers. Screen shots of tankers on the GATX website shows that “COVID-19” does not appear on any of the black haulers. GATX is aware of the doctored photo that is on the internet, and has issued a statement claiming the picture is a fake, and that no such stencils exist in the rail industry.

After a year of leading NS’s “clean sheeting” initiative in a consulting role, Michael A. Farrell was named senior vice president transportation in Nov. 2018, then appointed senior vice president of operations and mechanical in Aug. 2019. Yesterday, NS president, chairman and chief executive officer Jim Squires announced that Farrell was no longer with the railroad, and a reason or explanation was not offered.

In a statement, NS told RT&S that “Mike’s understanding of precision-scheduled railroading has been an asset to our company over the last two years. We appreciate his drive for efficiency and his willingness to challenge the status quo. We wish him well in his future endeavors. Our TOP21 operating plan and guiding PSR principles are firmly embedded in the Operations Division leadership team and producing results. We are excited that Cindy Sanborn will be joining the company as chief operating officer, effective Sept. 1, to build on our progress and achieve the full potential of Norfolk Southern.”

The World Health Organization has declared COVID-19, otherwise known as the coronavirus, a pandemic, and the U.S. has declared a National Emergency. The global railway industry is ramping-up its response. Following is a staff report from the editors at Railway Age, Railway Track & Structures and International Railway Journal that will be continuously updated with the latest developments.

Read the rest of the story.

No. 4 Norfolk Southern suffers a second train derailment in less than 48 hours

Norfolk Southern suffered another train derailment on Feb. 7, the second such accident for the Class 1 railroad in less than 48 hours.

At around 1 p.m. Eastern Standard Time, Norfolk Southern experienced a mainline derailment in Columbia, S.C., affecting the route between Spartanburg, S.C., and Columbia, S.C. Norfolk Southern has set up an alternate route which will be used for detours as capacity permits. The Class 1 railroad company said customers should expect delays to last 24 to 48 hours.

Norfolk Southern is in the process of assessing the situation and will provide updates as conditions change.

Norfolk Southern announced that it has achieved a breakthrough in track inspection technology that will enhance railroad safety and operating efficiencies.

Combining ingenuity and innovation, the company is the first North American freight railroad to develop and deploy an autonomous track geometry measurement system that is mounted on a locomotive. In contrast, autonomous track-inspection systems commercially available today are installed on converted freight or passenger rail cars, which require an external power source to operate and occupy space on a train that could be used to move revenue-producing freight.

“With our locomotive-based system, we use an existing asset to increase the frequency of our track inspections, without adding another piece of equipment that has to be run across the railroad,” said Ed Boyle, vice president, engineering, for Norfolk Southern. “This innovative approach enhances our safety practices by permitting us to have precise and quality track inspections done under load at track speed. With this system, Norfolk Southern will provide service safely, efficiently, and cost-effectively.”

Norfolk Southern’s track inspection group, part of the Engineering Department, developed this mold-breaking system. It provides a more robust and cost-effective way to continuously monitor track performance in near real-time. The system is mounted in a ruggedized box under a six-axle road locomotive between the snowplow and the first set of wheels. A computer that powers the system is housed inside the electrical locker in the locomotive cab.

As part of a pilot, Norfolk Southern is operating the autonomous system on a mainline between Norfolk, Va., and Portsmouth, Ohio. The route offers a comprehensive range of track and operating conditions, including straight and curved track, hilly terrain, and high-tonnage loads.

“With this innovative system, any time this locomotive is moving and pulling freight, it is testing track at the same time,” said Norfolk Southern’s Mike Allran, manager of track inspection and development, who helped lead the initiative. “This gives us more robust data for use in predictive-modeling to determine track maintenance intervals, which enables us to maximize efficiencies that will generate significant cost savings.”

Norfolk Southern turned to defense industry firms to find commercially available components to build the system, which consists of lasers, gyros, accelerometers, and global positioning system sensors. The system can detect defects or anomalies in track geometry, including track gauge, or the distance between rails, and the elevation and curvature of track. The system transmits inspection data wirelessly to office locations, where track geometry engineers confirm potential defects and notify track maintenance personnel.

The autonomous inspection system will supplement testing done by the company’s existing fleet of manned track geometry cars and hi-rail trucks. Norfolk Southern plans to equip additional locomotives with the system and potentially upgrade its capabilities, including adding an optical system to evaluate track components such as fasteners, rail welds, and switch points. 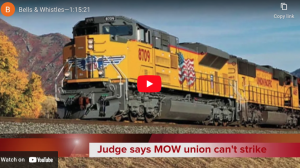 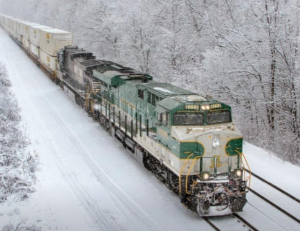 Del Mar residents, officials are against construction of a fence to prevent railroad track crossings by pedestrians