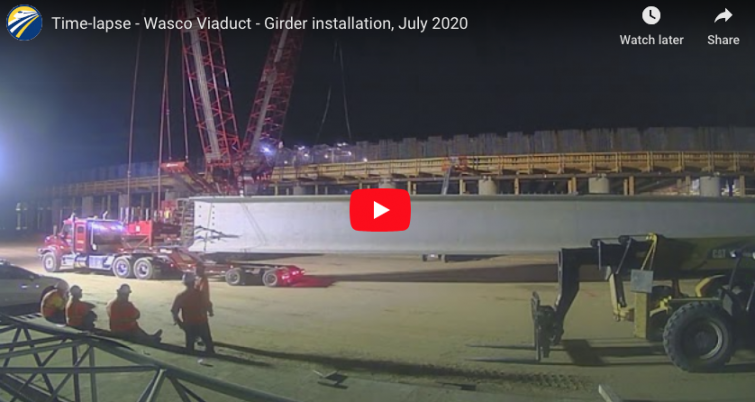 The California High-Speed Rail Authority has released a time-lapse video showing the first phase of placing girders at the Wasco Viaduct. Each of the girders are 18 ft long and weight 165,000 lb. Phase 1 work calls for the placement of 76 girders. 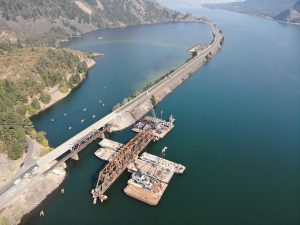