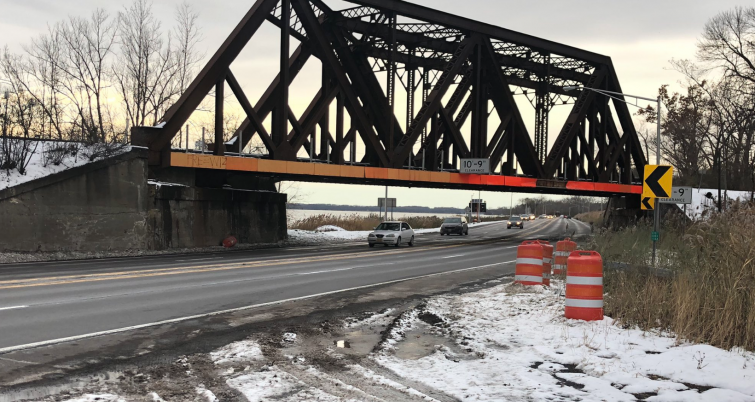 The Onondaga Lake Parkway railroad bridge has been a hazard for truckers for decades.

The Onondaga Lake Parkway railroad bridge in Liverpool, N.Y., has been a hazard for trucks and other vehicles over the years. Plenty of signs notifying motorists of the span’s vertical clearance cover the area, but accidents still happen.

One in September 2010 was tragic, as four passengers on a Megabus died when the vehicle struck the bridge. There have been 13 accidents due to the bridge’s vertical clearance over the past decade.

GPS could help reduce collisions in a hurry. Rand McNally’s GPS unit has designated the Onondaga Lake Parkway route a non-truck corridor. According to a Rand McNally spokesperson, drivers can input truck sizes and what they are hauling into the GPS device and it will map out the safest route.

Using GPS devices to steer clear of low-clearance bridges is gaining momentum in the village of Liverpool. Many want Onondaga Lake Parkway to be designated a non-truck route. Parkway Project Manager Cindy Bell has been notified of the request, and Assemblywoman Pam Hunter is seeking a more certain and permanent solution. She believes all the playmakers need to be involved, including CSX, which owns the railroad bridge. More pressure on GPS companies might help, too.