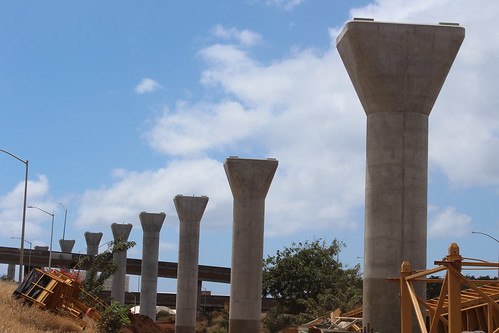 Could the final leg of the Hawaii’s first light-rail system cost as much as $2 billion? The Honolulu Authority for Rapid Transportation (HART) says no, but hints on how bidding has gone for the public-private partnership are suggesting it could go well over the $1.4 billion the transit agency originally budgeted for the project.

Tutor Perini Corp. is one of the companies that have been vying for the final portion of the 4-mile line, and said its bid was over $2 billion. The contractor did not say what was involved in the bid. The P3 deal includes design, construction and a 30-year operations and maintenance component. Three other firms also are believed to be involved in the bidding process. One originates out of Spain and the other two are from Japan.

The deadline to award the final phase of the project, which also will include eight stations in downtown Honolulu, was Aug. 27. HART says it could permit revisions of proposals after submission and prior to award for the best and final offer. If the bid comes in too high, HART can consider other concepts to lower the price without delaying the project.

The cost for the rail line now stands at $9.1 billion, and the project might be facing financial hardship due to the coronavirus pandemic.