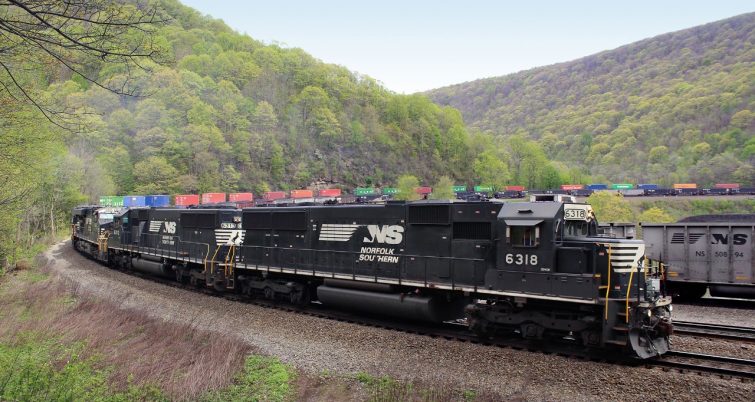 A Norfolk Southern Railway train derailment at Pittsburgh’s Station Square last year could have been prevented. According to a Federal Railroad Administration (FRA) report, a broken rail was discovered weeks before the accident.

In an 11-page report, the FRA concluded that Sperry Rail Service failed to investigate further after an ultrasound inspection revealed a detail fracture on July 16, 2018. A detail fracture is a progressive break beginning at or near the rail surface. The rail passed a visual inspection on Aug. 3, but the Norfolk Southern train derailed two days later. Freight fell on light-rail tracks below.

The report revealed that rail-testing experts believe the operator should have performed further tests on the rail. A rail anchor may have limited the movement of the broken rail, allowing trains to pass over it until the derailment happened. A 16-in. piece of rail broke.

The railroad tracks were closed for four days following the derailment, causing almost $1 million in track and equipment damage. The light-rail system at Station Square, located below the freight line, was shut down for three weeks, and the Port Authority of Allegheny County is seeking $3 million in damages.

Sperry Rail Service, a train inspection contractor, also was involved in a 2015 accident when a portion of a CSX train derailed in Mount Carbon, W.Va. Over 360,000 gal of crude oil spilled due to the derailment and 1,000 residents had to evacuate. Similar to the situation in Pittsburgh, ultrasounds showed a flawed portion of the track months before the derailment, but the operator failed to go in for a closer look. He told the FRA he thought the images showed rough track, not a defect. CSX and Sperry were fined $25,000.