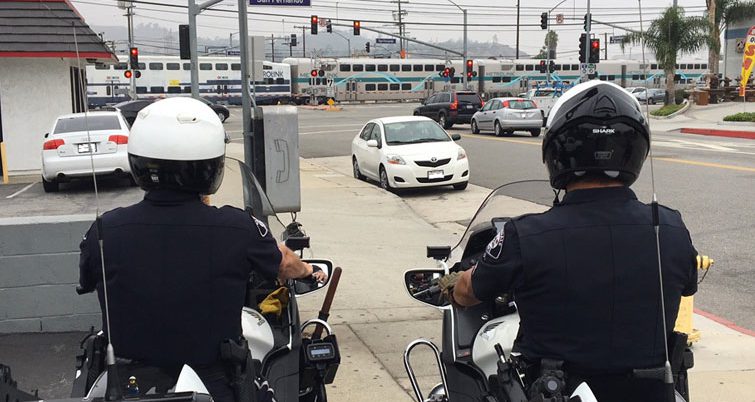 The event involves more than 500 police or sheriff’s departments, up from 200 in the 2017 event, throughout the lower 48 states.

“No one should think it’s OK, even one time, to ignore grade crossing or trespassing laws on railroad property,” said Neil Trugman, Amtrak’s police chief. “This nationwide safety detail will deliver that message to thousands of people in-person today to try and stop these tragic rail-related incidents that happen every day in someone’s hometown.”

During Operation Clear Track, police are set to report to hundreds of railroad grade crossings throughout the U.S. that have been recognized as high incident locations by the Federal Railroad Administration (FRA).

Once onsite, law enforcement officials will enforce their state grade crossing and trespassing laws during a three-hour safety detail, during which time officials are expected to write citations and warnings to violators. Additionally, more than 250,000 railroad safety public awareness cards were created for distribution to motorists and pedestrians during the event.

“Enforcement, education and engineering are our three best weapons against incidents involving trains,” said Wende Corcoran, interim president of Operation Lifesaver. “While we have made strides in reducing deaths and injuries since our inception 46 years ago, the goal of Operation Clear Track and other rail safety week activities is to empower citizens to keep themselves safe near tracks and trains. This year’s Rail Safety Week theme is ‘Stop Track Tragedies,’ and Operation Clear Track is an important part of our efforts.”

According to OLI, about 2,000 people are killed or injured every year in grade crossing and trespassing incidents nationwide. OLI’s research states that every three hours, a person or vehicle comes in-contact with a train.

The partnership for the national railroad safety initiative is one of many events officials have scheduled during Rail Safety Week, which is being held through Sept. 29. More information on railroad safety is available here.