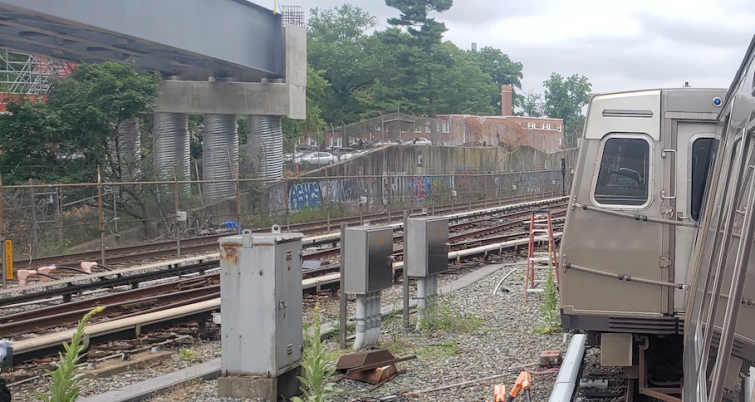 This picture shows the second car of the Red Line train lodged up against the first car.
Washington Metrorail Safety Commission

Washington, D.C., Metro officials are trying to figure out how a Red Line train derailed on July 7. No injuries were reported, and the train was carrying 32 passengers.

The operator ran a red light signal as it pulled out of the Silver Spring Metro station and two cars left the tracks. The Washington Metrorail Safety Commission is currently looking at communications prior to the accident, what happened to the switch, and other factors that might have been the culprit.

Pete Piringer, spokesman for the Montgomery County Fire and Rescue Service, says the first car might have slipped from the tracks as the train began moving from the station, which then jammed one car door. The safety commission released information that said the first car of the train entered a storage track, or pocket track, while the second car was still moving on the main line track. The front set of wheels on the second car derailed, and the second car collided with the first car.

Investigators are now looking at video supplied by the train, but are saying they do not believe mechanical or infrastructure problems caused the accident.

The safety commission checked the track for damage, looked at the switches and rail cars and collected evidence as part of its investigation. It may take months before officials know the reason behind the derailment.