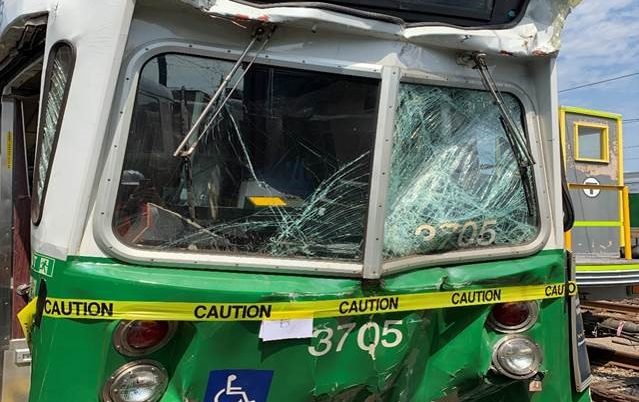 The rear of the trailing car of the Green Line MBTA train struck by another Green Line train is seen in this image taken July 31,2021.
NTSB/Joe Gordon

Following up on an earlier story regarding the collision of two MBTA Green Line trolleys, the NTSB has issued an Investigative Update around the accident.

Here is the text of the most recent update:

“NTSB investigators arrived on scene Sunday. The investigative team consists of members from:

“NTSB has also offered party status to the labor union that represents employees of MBTA.

“Information gathered to date in the investigation includes:

Michele Wong Krause elected chair of DART board of directors