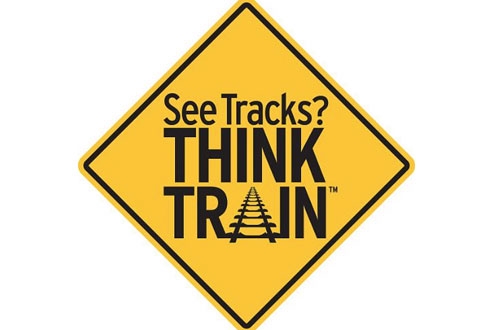 Launched with the help of the Federal Railroad Administration (FRA), Federal Transit Administration (FTA) and Association of American Railroads (AAR), the PSA campaign features bilingual television, radio, print and billboard advertisements aimed at educating drivers and pedestrians in the hopes of saving lives.

“Every day someone’s risky behavior around railroad tracks gets them injured or killed,” said OLI President and Chief Executive Officer Joyce Rose. “Our goal with this campaign is to make people think twice before doing something risky or unsafe. Ultimately, it’s all about educating people and saving lives.”

“In the [p]ast two years, we have experienced record-breaking safety performance along with dramatic reductions over the [p]ast decade in the number of accidents and incidents in almost every category measured, with the noted exceptions of highway-rail grade crossings and trespassing incidents,” said Joseph C. Szabo, Federal Railroad Administrator. “It is more important than ever that we educate the public about the dangers of risky behavior around trains. Increased education, enforcement and engineering can help reduce the number of rail-related fatalities.”

“Transit ridership on trains, light rail and streetcars, are at their highest levels since the 1950s. That growth carries with it a safety challenge, especially in this day and age of constant electronic distraction,” said FTA Deputy Administrator Therese W. McMillan. “We join in the chorus of voices urging people to be safe and alert whenever you’re near a train track.”

Preliminary FRA data show 908 pedestrians were injured or killed while walking on or near railroad tracks in 2013. That’s up 7.7 percent from 843 pedestrians in 2012. Additionally, 1,193 people were injured or killed at railroad grade crossings, up 1.5 percent from 1,175 in 2012. OLI has compiled the latest state and other relevant FRA data available here.

OLI’s See Tracks? Think Train! campaign highlights common risks drivers and pedestrians take each day, such as trying to beat a train at a grade crossing and walking on railroad tracks. Pedestrians and drivers often do not realize how dangerous it is to walk on or near railroad tracks, or how long it takes the average freight train to stop, said Rose. In fact, it can take a mile or more for a fully loaded train to come to a full stop, making it difficult for engineers to avoid a collision even in an emergency situation.

Education and outreach is key to saving lives, and the See Tracks? Think Train! PSAs will be supplemented with ongoing education efforts of OLI’s 50-state network of volunteers who work with the public through events at schools, with law enforcement, first responders, professional drivers and community organizations.

“It’s up to all of us to raise awareness about the dangers associated with taking risks near railroad property,” Rose said. “My hope is that See Tracks? Think Train! causes people to stay alert and make smart decisions when they are near a train.”

Visit www.SeeTracksThinkTrain.org to learn more, including infographics and various creative executions of the PSA campaign.