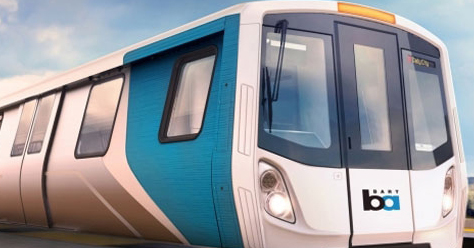 BART continues its work on the railroad.
BART

BART has been working on its planned rebuilding program, but an electrical line failure has expanded the scope of the work.

BART has expanded their repairs to failed electrical lines that are critical for maintaining train service to now include the area between El Cerrito Plaza and El Cerrito del Norte station. This critical infrastructure work along the Richmond line was started in January 2021 at the North Berkeley station.  This work is not part of BART’s planned rebuilding program and must begin as soon as possible due to the failure of this key traction power equipment.

Starting Wednesday, September 8, 2021 and continuing through April 2022, BART crews will be working to replace the failed 34.5kV electrical cable lines between the North Berkeley Substation and El Cerrito del Norte Station. This critical infrastructure provides power for our trains from the high voltage switching substation and supports redundancy for this portion of the BART system.  This equipment is essential for ensuring reliable train service between the North Berkeley Station and the Richmond Yard.

This 50-year-old electrical infrastructure (part of the legacy system) has exceeded the end of its design life and must be replaced as soon as possible. Loss of power in this section of track without any backup would have major impact on train operations for the entire BART system.

In order to perform this critical job, BART crews will work days and nights to complete this repair as soon as possible. Neighbors can expect construction activities under our aerial trackway with the operation of construction equipment and lights both day and nights during this construction period.