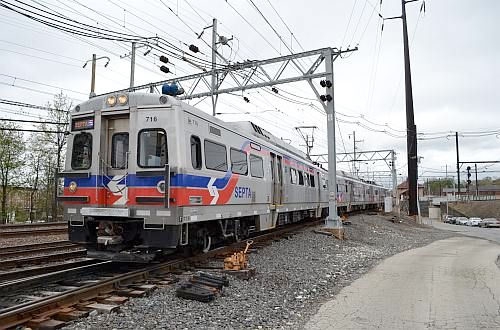 SEPTA says that with the activation of PTC on the Paoli/Thorndale, Trenton and Wilmington/Newark Regional Rail Lines, its final PTC program work will focus on the boundary locations where SEPTA service abuts Amtrak.

SEPTA has taken a steady approach to its activation of PTC beginning on the Warminster line in April 2016 and adding on average one line a month. The exception being in August 2016 when it activated PTC on the Manayunk/Norristown Line and Chestnut Hill West Line and now May 2017 when it activated three lines.

“SEPTA is proud to be one of just a few customer rail systems in the United States to have PTC operating in revenue service. We greatly appreciate [our customer’s] support and cooperation as we’ve worked to bring this important safety system to our Regional Rail network and we ask for the continued patience of our customers as PTC is introduced on their line,” the agency said in a recent update on the technology.