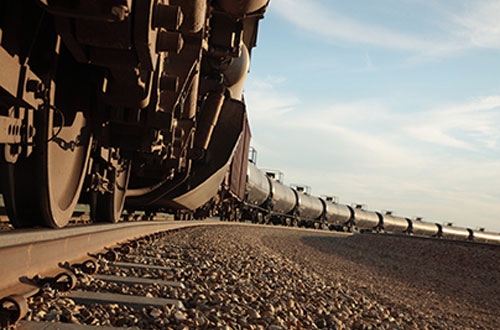 The announcement follows consultations between railroads represented by the Association of American Railroads (AAR) and the U.S. Department of Transportation (USDOT), including the leadership of the Federal Railroad Administration (FRA) and the Pipeline and Hazardous Materials Safety Administration (PHMSA).

The Feb. 21 announcement covers steps related to crude by rail operations. Additional issues relating to the safe transport of crude oil, such as tank car standards and proper shipper classification of crude oil, are being addressed separately.

“We share the administration’s vision for making a safe rail network even safer and have worked together to swiftly pinpoint new operating practices that enhance the safety of moving crude oil by rail,” said AAR President and CEO Edward R. Hamberger. “Safety is a shared responsibility among all energy-supply-chain stakeholders. We will continue to work with our safety partners – including regulators, our employees, our customers and the communities through which we operate – to find even more ways to reinforce public confidence in the rail industry’s ability to safely meet the increased demand to move crude oil.”

Under the industry’s voluntary efforts, railroads will take the following steps:

Braking Systems – No later than April 1, railroads will equip all trains with 20 or more carloads of crude oil with either distributed power or two-way telemetry end-of-train devices. These technologies allow train crews to apply emergency brakes from both ends of the train in order to stop the train faster.

Use of Rail Traffic Routing Technology – No later than July 1, railroads will begin using the Rail Corridor Risk Management System (RCRMS) to aid in the determination of the safest and most secure rail routes for trains with 20 or more cars of crude oil. RCRMS is a sophisticated analytical tool, developed in coordination with the federal government, including the U.S. Department of Homeland Security (DHS), PHMSA and FRA. Railroads currently use RCRMS in the routing of security sensitive materials. This tool takes into account 27 risk factors – including volume of commodity, trip length, population density along the route, local emergency response capability, track quality and signal systems – to assess the safety and security of rail routes.

Lower Speeds – No later than July 1, railroads will operate trains with 20 or more tank cars carrying crude oil that include at least one older DOT-111 car no faster than 40 miles-per-hour in the federally designated 46 high-threat-urban areas (HTUA) as established by DHS regulations. In the meantime, railroads will continue to operate trains with 20 or more carloads of hazardous materials, including crude oil, at the industry self-imposed speed limit of 50 miles per hour.

Community Relations – Railroads will continue to work with communities through which crude oil trains move to address location-specific concerns that communities may have.

Increased Trackside Safety Technology – No later than July 1, railroads will begin installing additional wayside wheel bearing detectors if they are not already in place every 40 miles along tracks with trains carrying 20 or more crude oil cars, as other safety factors allow.

Increased Emergency Response Training and Tuition Assistance – Railroads have committed by July 1 to provide $5 million to develop specialized crude by rail training and tuition assistance program for local first responders. One part of the curriculum will be designed to be provided to local emergency responders in the field, as well as comprehensive training will designed to be conducted at the Transportation Technology Center, Inc. (TTCI), facility in Pueblo, Colo. The funding will provide program development, as well as tuition assistance for an estimated 1,500 first responders in 2014.

Emergency Response Capability Planning – Railroads will by July 1 develop an inventory of emergency response resources for responding to the release of large amounts of crude oil along routes over which trains with 20 or more cars of crude oil operate. This inventory will include locations for the staging of emergency response equipment and, where appropriate, contacts for the notification of communities. When the inventory is completed, railroads will provide USDOT with information on the deployment of the resources and make the information available upon request to appropriate emergency responders. 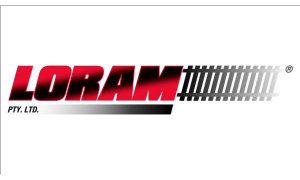