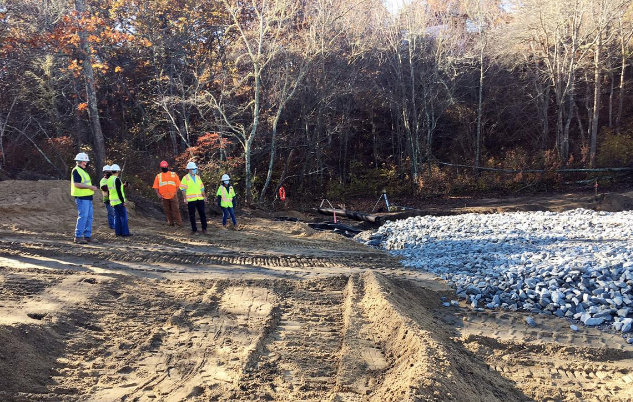 Crews are at the site where track collapsed into a pond in Massachusetts.

Crews continue to work on replacing a section of railroad track in Sandwich, Mass., that mysteriously collapsed overnight.

A 300-ft portion of rail, which dates back to the 1800s, dropped into a nearby pond. A locomotive was approaching the site when the accident happened, and was able to stop well before the damaged area. According to a preliminary report by Jacobs Engineering, the collapse along the south side of Lily Pond covered the length of approximately 300 ft and was about 70 ft to 90 ft wide at the base. The estimated height of the embankment lost due to the collapse was about 30 ft. Approximately 15,000 cu yd of material was displaced during the failure.

Jacobs was hired to look at the damage to Lily Pond, which is adjacent to the pond where the failure took place. The engineering firm does not know the cause of the failure.

The Massachusetts Department of Transportation and the Massachusetts Coastal Railroad are on-site in attempt to repair the damaged area. Fill material is still being delivered, and the hope is the track will be back in service in the next couple of weeks.

The Sandwich Conservation Commission also has been out surveying the damage to Lily Pond, which is home to blue heron, otters, turtles and fish.

It has been noted that the water level in the kettle pond where the accident occurred is 6 ft lower than normal due to a severe drought and from using water from the pond for a nearby cranberry bog. Jacobs says embankment material may have been flowing into the pond prior to the collapse, and that trees also were displaced and fell over. 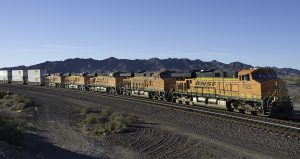 Continuing pattern – carloads down, intermodal up, bringing total carloads up