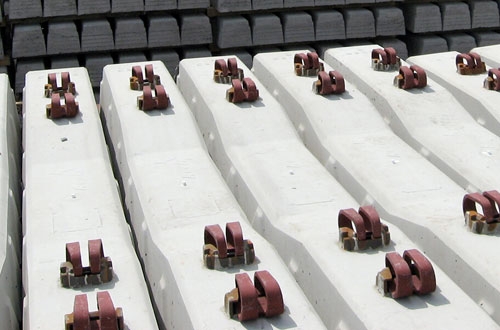 Located along the Florida East Coast Railway (FEC) rail network, the location will primarily serve FEC and the new Brightline passenger project, currently under construction, while providing capacity to serve other major rail networks in the Southeast.

“This state-of-the-art facility has the ability to manufacture 1,000 concrete railroad ties per day and is considered to be the most technologically advanced in the country,” said Brett Urquhart, vice president business development. “The location was chosen in order to provide a centralized facility to support ongoing projects of FEC and Brightline’s rail network, but we are also excited to reach other key rail networks, including CSX and Norfolk Southern, through FEC’s Jacksonville interchange. This will allow us to utilize our new facility for projects beyond the Florida market.”

The new facility, which broke ground in September, was fast-tracked in order to begin providing materials to Brightline’s ongoing construction.

“Rocla’s newest technology at our new location in Ft. Pierce allowed a smaller building and site layout and enables us to start supplying product locally, which was important to our customers and employees,” noted Rusty Croley, vice present engineering.