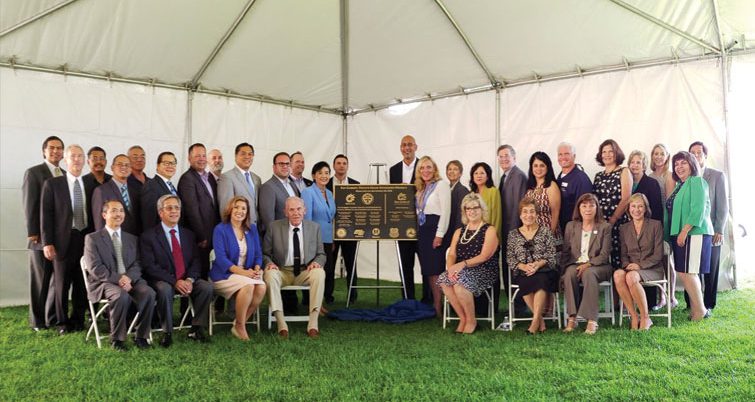 A dedication ceremony was held on Sept. 10 for the San Gabriel Trench, a 2.2-mile grade separation project that began construction in 2012 and took five years to complete.

ACE explains that the project improves safety and reduces emissions by eliminating an estimated 1,744 vehicle-hours of delay each day on the four grade-separated streets. ACE says rail traffic is projected to increase from 18 trains per day to 61 trains per day by 2025 if a second track is installed.

Construction began in 2012 with major construction activities beginning in Spring 2014. The first train rolled through the trench in July 2017 and the project was completed in September 2018.