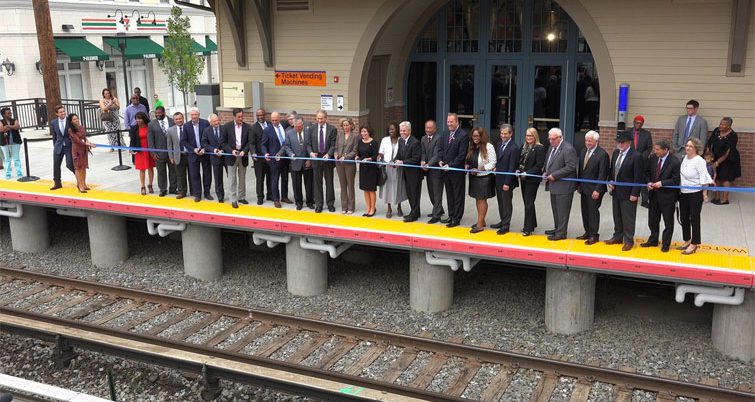 A project that added a second track along a 13-mile stretch of the Long Island Rail Road (LIRR) to allow reverse peak service on the Ronkonoma Line has been completed more than a year ahead of schedule.

Work on the $431-million LIRR Double Track project began in February 2014 with an initial completion forecasted for December 2019. The project was built in two phases; Phase 1 consisted of the segment of track between Ronkonkoma and Central Islip, while Phase 2 completed the second track to Farmingdale. Phase 1 was completed in 2016 and the speed at which the project was delivered was credited to the use of New Track Construction Machine.

New York Gov. Andrew Cuomo said, “The LIRR is the lifeblood of the region’s economy and projects like the Double Track and Third Track will help support future growth and vastly improve riders’ experience on the busiest commuter rail in the country.”

This segment of the LIRR network carries 48,000 riders every weekday and adding a second track reduces delays and will allow for reverse-peak service expansion. The double track project also includes a new signal system, electrical substation modifications and new third rail electrical systems that will power the new track’s trains.

“More tracks, whether it’s here along the Ronkonkoma Branch corridor but also along the Main Line in Nassau County, mean more capacity and flexibility for the LIRR,” LIRR President Phil Eng said. “That means fewer train delays from congestion or from an incident. And it’s all one integrated system, so fewer delays on the Ronkonkoma Branch translates to fewer delays on other branches result from held connections or congestion at terminals.”

Officials noted that early completion of the project will free up LIRR resources for other projects in support of LIRR’s expansion and modernization such as East Side Access, the Main Line Third Track and the Mid-Suffolk Train Storage Yard.

Many contractors were involved with the project including Skanska-Posillico II Joint Venture, which won a contract for the first phase of track construction; Ansaldo STS USA, Inc., which designed and built a new signaling system utilizing computer-based train control; L.K. Comstock & Company, which was responsible for the installation of utility poles, signal, communication and fiber cable and signal equipment, as well as testing and commissioning all of the systems; RailWorks Transit, which performed all elated track and civil work and Dewberry, which served as L.K. Comstock’s lead designer.