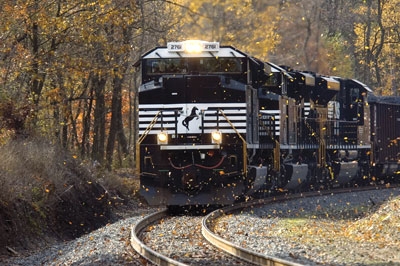 With fall right around the corner there will not be any heat put on United Contractors Midwest Inc. for the completion of the Laurel Street underpass in Springfield, Ill.

That is because the contractor finished the job, which replaces an at-grade rail crossing, two months early. The underpass, which now takes traffic under Norfolk Southern tracks, was officially opened on Sept. 20.

The work is part of the Springfield Rail Improvements Project, which is made up of a series of rail projects that started a few years ago. The Ash Street underpass was finished in 2019, and work just started on a section between South Grand and Capitol Avenue that will include the construction of rail bridges at South Grand and Cook Street.

The total cost of the Springfield Rail Improvements Project is $315 million, and more than half of the work is either already completed or under construction. The underpasses at Laurel and Ash Street cost $37 million. Most of that funding came from a $14 million Transportation Investment Generating Economic Recovery (TIGER) grant from the U.S. DOT and $12 million from the Illinois Commerce Commission’s Grade Crossing Protection Fund.