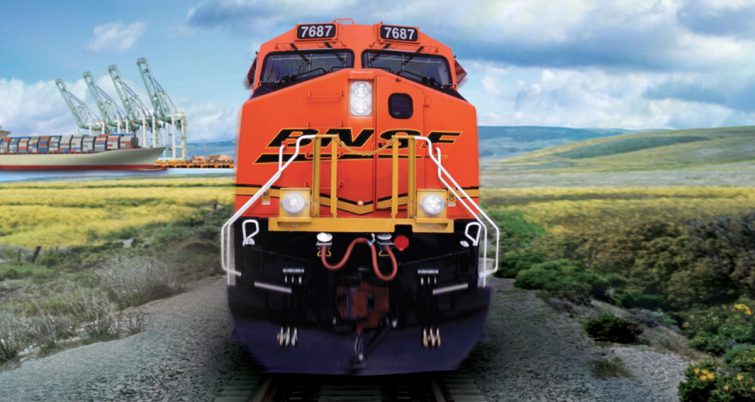 BNSF Railway issued its annual Corporate Responsibility and Sustainability Report highlighting progress on key initiatives in the areas of sustaining its operations, creating value for its customers, engaging with employees and connecting with communities.

“With a history that spans nearly 170 years, we are proud of the important role we play in moving freight across our nation,” said John Lovenburg, vice president, Environmental. “As we look to the future, BNSF will continue to partner with our customers and communities to become even more sustainable while remaining focused on operating safely and building a better tomorrow.”

GRI is a globally recognized reporting framework for environmental, social and governance performance.

The report focuses on initiatives and accomplishments from the 2017 calendar year.

In 2017 BNSF upgraded more than 460 locomotives with technology focused on increasing fuel efficiency.

More than 60 percent of the active road fleet locomotives utilize an energy management system to maximize fuel efficiency and train handling by optimizing throttle and brake use. Approximately 98 percent of the railroad’s locomotives are equipped with automatic engine start/stop devices, which prevent unnecessary idling.

The railroad transported more than 1.3 million customer hazardous materials shipments in 2017 and 99.999% were delivered without incident. For crude oil and ethanol shipments, BNSF has implemented extensive measures to reduce risk.

These include speed restrictions and requiring all key trains – trains which carry a certain amount of hazardous materials including crude and ethanol – to observe a speed limit of 50 mph and, since March 2015, to just 35 mph when passing through municipalities with populations of 100,000 or more.

It also has a geographic-based crude oil safety program in place that takes additional prevention steps near large bodies of water, such as more closely spaced detectors.

A full copy of the report is here.