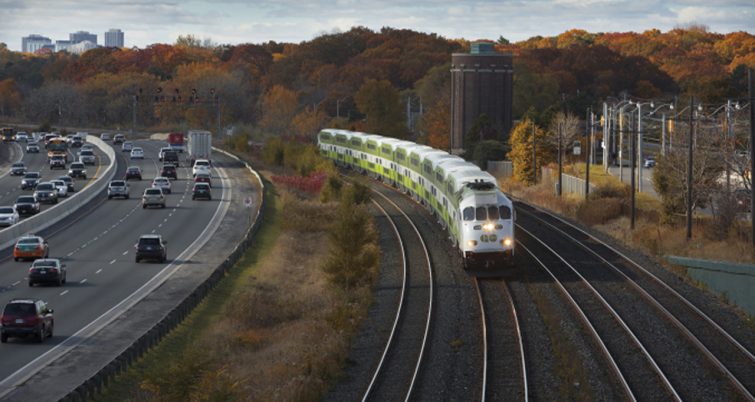 While labor issues are not usually within the purview of RT&S coverage, this strike vote impacts a major transit agency in Toronto, and includes agency maintenance workers. Therefore, we think it's important to report this to our readers.

GO Transit is comprised of bus operation and maintenance personnel who work directly for Metrolinx, the Toronto transit agency. While GO Transit also operates a large network of commuter rail trains, rail operations and maintenance are contracted to Alstom, a private company engaged by Metrolinx.

The most immediate issue facing GO Transit is the need to cancel some commuter rail trips for the next couple of weeks due to staff “illnesses.” The Toronto Star reports that 10-15 rail trips could be cancelled per day during the “illness.”

Anne Marie Aikins, a spokesperson for the agency, told the Star that “cancellations are spread out across hundreds of daily UP [Union Pearson Express, rail service from airport to downtown Toronto] and GO trips so the impact to customers is limited and they continue to have lots of options.”

Aikens added that the “illnesses” are impacting train service, but not bus service. However, 93% of members of the Amalgamated Transit Union Local 1587, according to the Star, voted to strike if the union deems it necessary, so the situation could get worse.

RT&S will continue to follow this story and report any new information.