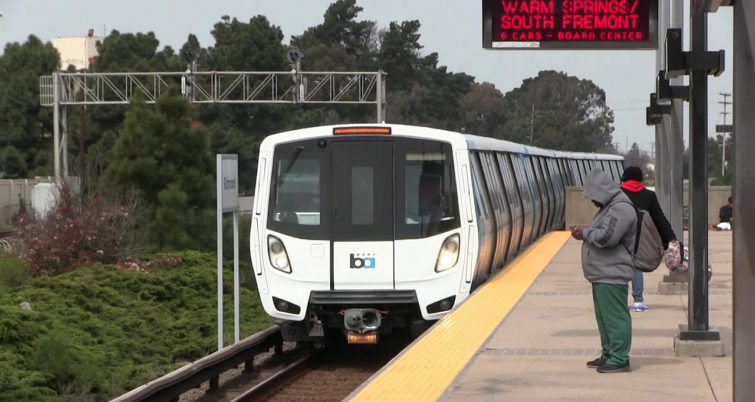 A BART train derailed Tuesday afternoon, June 21 at about 5:30 p.m.

The derailment occurred on the northeast section of the system, on the Yellow Line between the Pleasant Hill and Concord stations. (see map below)

BART reported that about 70 BART employees worked throughout the night to clear the derailment, and as of 7:50 a.m. today, the agency announced single track service had been restored in both the Antioch and and SFO directions.

The derailment involved two trailing cars of an SFO-bound train. Fifty riders were safely removed from the train and track right-of-way. One person was taken to a hospital complaining of back pain, but no major injuries were reported. BART reported it expects single-track service will continue throughout the day.

A kink that developed in the rail due to the yesterday’s heat is what the agency believes caused the accident.

According to the San Jose Mercury News, the temperature in Concord reached 102 degrees Tuesday afternoon.

During periods of hot weather, kinks in the rail are always a possibility for commuter, transit, freight and passenger railroads.