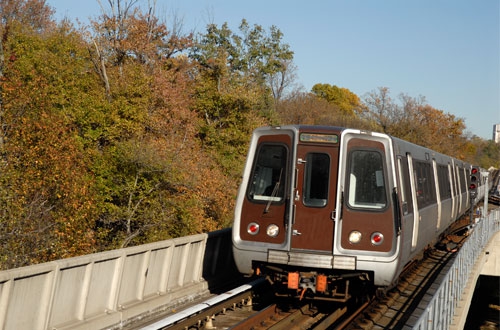 The rapid-fire vibration through my thumbnail triggered my panic reflex. I knew within seconds I had to abort.

I was a curious toddler who wanted to know how the world around me worked, and I had a feeling something magical came from those little holes in the wall. I do not remember my parents ever scolding the danger of electricity into me. Heck, the first time I recall learning what electricity could do, which included serious injury or death, was in second grade.

I was toddler stupid, and one day I finally was determined to figure out how that magic came into our home. I stuck the tip of my thumbnail into one of the outlet holes, and quickly discovered I was out of my element … and out of my mind. Thankfully, I only felt that vibration and life went on as normal. Hey, give me a little credit … nothing made of metal was used in the experiment.

Electricity should never be played with, so I do not know what the end game is for those over at D.C. Metro. They are plenty old enough to realize that you do not tempt the voltage gods, but I am not so sure of the competence level after a head-slapping and damning report released by the Washington Metrorail Safety Commission in late May.

In it, Metro is accused of “continuing to put its personnel at the risk of serious injury or death.” Let me write that again … “serious injury or death.” Those words should never appear in that order when you are a public agency, a short line railroad, or a beaver managing dam work. Oh, it gets worse … actually it gets borderline diabolical. The report continued, stating, “elements of Metro have a culture that accepts noncompliance with written operational rules, instructions, and manuals.” The Comission ordered Metro to limit the number of simultaneous track repairs in the future that require shutting power down.

So where was the smoking gun … er … vibrating thumbnail? On April 26 a crew was working near the College Park Station when the power was restored in a work zone while the workers were still on the roadway. The person in charge gave Metro’s Power Desk the green light to restore power to the third rail. The worker in charge did not notify the rail traffic controller of the error, either. Launched in March, the newly configured Power Desk, which was hyped by D.C. Metro as the bat cave that fought off all evil, is supposed to have protection against improper power restoration. However, Power Desk personnel can act independently outside of the established safety process.

Wait, it gets reprehensible. The Commission is under the impression that Metro is blowing the circuits of its Power Desk workers. It noted the worker that turned the power back on during the April 26 incident was more than 10 hours into a 12-hour shift for the sixth day in a row.

A few days before the release of the report, Metro Board Chair Paul Smedberg released a statement on management changes for the agency, putting interim General Manager and CEO Andy Off in charge. Smedberg said, “Safety is and will continue to be our top priority.”

Safety can’t continue if it has not started yet. First thing Off needs to do is check the time sheets and make sure the Power Desk is adequately staffed and shifts are no more than eight hours long. Then he needs to fire the person in charge of the April 26 event, if that has not happened already. A serious overhaul of management is in order, and a confidence meeting needs to take place with all workers identifying a new step forward that is safe from death. All this is the working of the panic reflex. It worked for me. 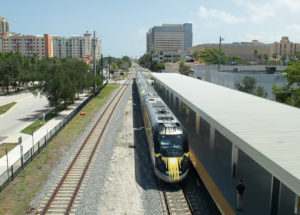