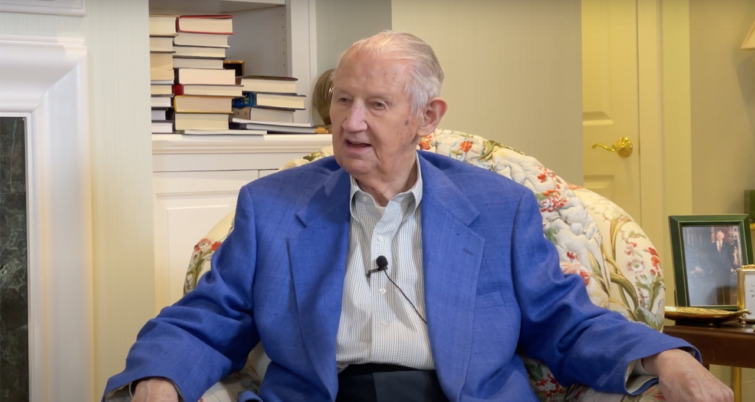 Watkins was a 42-year veteran of CSX and its predecessor companies, and was named Railway Age Railroader of the Year in 1984.*

Watkins got his start in railroading in 1949 as a Staff Analyst at the Chesapeake & Ohio Railway (C&O), and rose through the ranks to C&O Treasurer in 1961. Following the C&O and Baltimore & Ohio (B&O) affiliation in 1964, Watkins was appointed Vice President of Finance for both companies. He was elected President and CEO of C&O/B&O in 1971, and in 1973, added Chairman of the Board to his role. C&O/B&O became Chessie System Inc. in 1975, and Watkins was named Chairman, President and CEO. When Chessie System combined with Seaboard Coast Line to form CSX Corporation in 1980, he became President and Co-CEO. In 1982, he became Chairman and CEO; and in 1989, Chairman of the CSX Board of Directors. Watkins retired in 1991.

During his career, Watkins served on the Boards of such companies as Black & Decker, Westinghouse, Federal Reserve Bank of Cleveland, YMCA of Greater Richmond, College of William and Mary, Business Roundtable, Cleveland Orchestra and Richmond Symphony.

According to his autobiography, Just Call Me Hays: Recollections on 42 Years Railroading (R.E.B. Communications And Publishing Inc., 2001), Watkins had “always been fascinated by railroads. Two relatives worked as an engineer and a conductor and, during his graduate studies, he began photographing trains passing through Chicago.”

Watkins was born Jan. 26, 1926 in the Louisville, Ky., suburb of Fern Creek. He received a bachelor’s degree in accounting from Bowling Green Business University (now part of Western Kentucky University) in 1947, and a master’s degree from Northwestern University in 1948. He served in the U.S. Army prior to his railroad career. For more on Watkins’s life, watch the National Railroad Hall of Fame’s “The Spirit of the Railroaders” interview from 2021, as part of its oral history program (see below).

“The 1980 marriage of the 11,000-mile Chessie System and 16,000-mile Seaboard Coast Line resulted in a then-rare decision not to associate the name of the unified railroads with their geography. Historically at that time, and with few exceptions, such as Pere Marquette Railroad, named after a Jesuit priest, railroad names reflected points or areas served or intended to be served (explaining why “Pacific” appended many railroad names that never reached the West Coast). Watkins, then Chessie CEO, said he collaborated with Seaboard CEO Prime Osborne on the permanent name of CSX.

“The ‘C’ of course, stood for Chessie, while the ‘S’ for Seaboard. The ‘X’ was intended as a temporary designation, implying, said Watkins, ‘unknown or more.’ Watkins told the Wall Street Journal, ‘Prime and I thought it up and liked it because it’s so anonymous and non-distinctive.’ That the name suggested an adult video clearly never entered their minds.

“Five years later, while CSX Chairman, Watkins recommended splitting federally owned Conrail between CSX and its rival Norfolk Southern (NS). Watkins testified before the Senate Commerce Committee in 1985, ‘CSX made extensive studies to see whether we should make a bid for Conrail. Our lawyers, particularly our antitrust lawyers and economic consultants, said there is no way that the anticompetitive effects of a CSX-Conrail combination could be successfully achieved … because of antitrust considerations.’ Instead, Conrail’s federal government owner privatized Conrail through an initial public offering of stock in 1987—CSX and NS actually acquiring and splitting the privatized Conrail in 1997.” 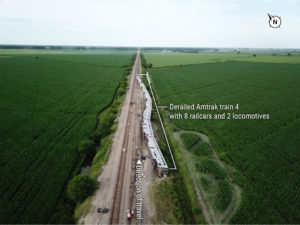