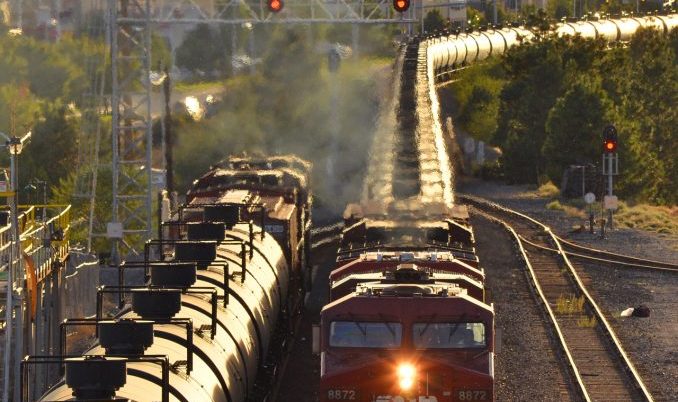 CBC, a Canadian news agency, is reporting that outside police, i.e., non-railroad police, are not investigating the crude oil train derailments in Canada over the past several weeks. The Royal Canadian Mounted Police (RCMP) are leaving the investigations to the private rail police services run by Canadian National and Canadian Pacific.

Some observers are concerned that the lack of outside police investigation into these accidents means that possible criminal negligence on the Canadian rail system will never be uncovered, if it exists. There is concern not only about the crude oil train derailments, but the death of a Canadian Pacific worker at that road’s rail yard in Regina, Saskatchewan, and the Canadian Pacific runaway grain train that landed in the Kicking Horse River in British Columbia in February 2019. An official with Canada’s Transportation Safety Board says the RCMP should investigate the Kicking Horse River crash.

Critics also point out that the RCMP acted quickly when tapped to clear the recent blockades of Canadian rail lines, allegedly due to the impact of the blockades on rail business and the economy. Yet, these critics say, such quick action is not seen when accidents occur. Moreover, there seems to be confusion around who is in charge. The CBC report adds that a Canadian Pacific spokesperson said that the RCMP has jurisdiction and has been involved in the investigation of a recent CP crude oil train derailment, but the RCMP apparently knew nothing about this, with a representative of the RCMP telling CBC “I’m not totally sure where you are getting your information.” The RCMP added that the Transportation Safety Board and the CP police are the organizations leading the investigation.