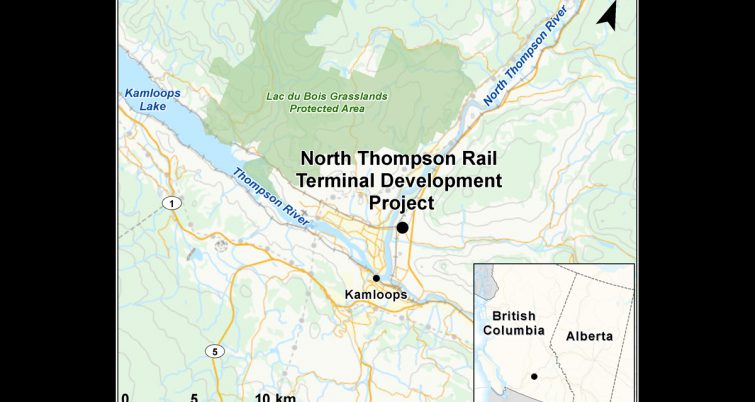 The planned work at 1310 Kootenay Way would link to the existing Canadian National Railway (CN) located within the Tk’emlups reserve. Officials said before construction can begin, the project would require an environmental assessment, which KTW reported is a decision the Canadian Environmental Assessment Agency is in the process of making.

Construction is set to kickoff March 1, according to the report, and will be carried out in three phases on 27 hectares (66.7 acres) of land. The land is set to be leased for 99 years under an agreement between the NTRT, the federal government and the Tk’emlups Band, the article stated.

The facility is expected to be the first of its kind that would connect to the CN line in Kamloops in British Columbia (B.C.), Canada, NTRT president Corey Bitz said in a statement to local outlet KTW.

The rail yard will be owned and operated by NTRT. Officials said it is intended to improve the efficiency with which commodities are transferred in the B.C. region. Officials said the project’s first phase is expected to cost $10 million to complete and will also entail developing about a quarter of the leased land.

The site of the proposed development will also require NTRT removing debris piles from the property as part of the lease.

The facility is expected to provide railcar storage, switching, trans-loading and intermodal and container stuffing for various prospective clients.