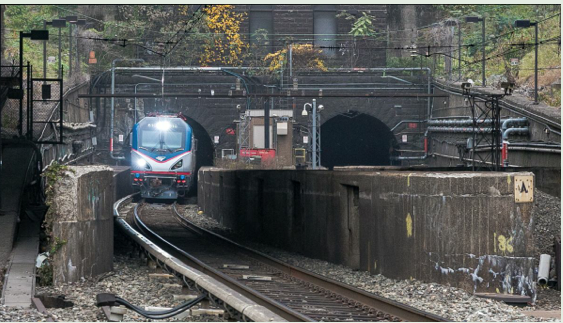 After the Biden Administration increased the Hudson Tunnel Project rating to medium-high, the Gateway Development Commissioners issued a statement.

“We thank the Biden Administration, Secretary Buttigieg and the Federal Transit Administration for taking this major action today in funding the Hudson Tunnel Project. Along with our Governors and our partners in Congress, they are clearly resolved to making the project a reality. From passing major infrastructure funding to issuing a Record of Decision to improving the project’s rating, this Administration and Congress have shown themselves to be true partners.

“Along with the more than $6 billion commitment from New York and New Jersey, and the $1.4 billion that Amtrak has pledged, today’s action moves us a big step closer to a true Federal-local partnership that finally brings 21st Century rail infrastructure to the heart of the nation’s economy.

“We’ll continue to work hard with our Federal partners to meet the requirements of the grant so we can get to a Full Funding Grant Agreement rapidly, and move to full construction that finally stops the delays that are costing our commuters and travelers thousands of hours in lost time and the nation billions in productivity.”