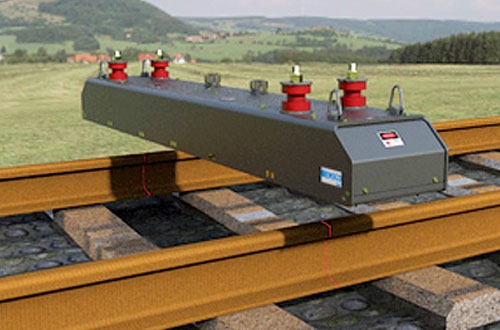 The 2018 University of Delaware Department of Civil and Environmental Engineering “Big Data in Railroad Maintenance Planning Conference,” held Dec. 13-14, spotlighted the progress the industry is making in dealing with Big Data—converting the mountain of data collected by railway systems into effective maintenance planning information, with a focus on railway needs and practical applications.

More than 200 students, consultants, suppliers and railroaders from both the freight and passenger sectors attended the fifth annual conference, organized by Dr. Allan M. Zarembski, Professor and Director of the university’s Railroad Research and Safety Program. Federal Railroad Administrator Ron Batory was a featured speaker, along with presentations from such companies as Norfolk Southern, BNSF, CN, ENSCO, GREX, RailInc, Alstom, Uptake and VisioStack.

The February 2019 issues of Railway Age and Railway Track & Structures will contain feature articles on the annual event. Following is a summary, as presented by David Staplin, consultant to HNTB, Amtrak Deputy Chief Engineer (retired) and University of Delaware Railroad Advisory Board Chairman, with additional reporting by railroad economist and Railway Age Contributing Editor Jim Blaze.

“In prior years, the presentations focused on dealing with data, on potential,” said Staplin. “This year, we are seeing more problems tackled and solved. Persistence in solving problems pays off, and federal regulation is more open to Big Data solutions to safety. As well, we’re seeing more consistency with the approach to Big Data.”

Staplin identified a set of “common steps” to dealing with Big Data from the presentations, which numbered more than 25. Among these are starting with collection of “raw” data; identifying and correcting, if necessary, the numerous labels assigned to the at data; reducing data “noise,” aligning data for repeatability (“non-alignment is the Achilles Heel of data”), and “cleaning” the data. The end result should be “good data that’s useable for analysis.

There are four stages in Big Data use, as identified by Uptake’s Tim Thompson: reactive, preventative, predictive and prescriptive. “These stages give organizations pause to think about where they fit, what are their opportunities, and where they are relation to their competitors,” noted Staplin.

There is a developing “hands-off “trend in data collection that minimizes disruption to railway operations, Staplin said. This involves autonomous collection with such technologies as UAVs (Unmanned Aerial Vehicles or drones) and special sensors on revenue equipment incorporated into normal operations. “These minimize human involvement,” he said. “Such tools as neural networks and machine learning can perform the analyses. The better we get with statistical knowledge, the better off we will be.”

The wisdom of expenditures

FRA Administrator Ron Batory stressed that the rail industry “needs to concentrate on the wisdom of expenditures, not so much as how much is spent. He addressed his mission at FRA, which he said is trying to take what he has learned about railroading from thousands of who he called “us,” and augmenting that intelligence with the rich resources of the FRA staff.

Batory said his personal commitment is to make his Administrator’s journey “as being from you, about you, and for you,” his fellow railroaders. Among his early discoveries was the significant improvement to operational safety. As PTC is implemented, Batory and the FRA staff have discovered from FRA’s Big Data files how much safety has improved over the years.

For example, between 1973 and 2017, FRA data shows that nearly 3,700 head end/rear end and side-type train collisions occurred. In one year alone, 1975, 315 trains collided—nearly one every day. “That number has been reduced, and with the execution of PTC, we can get that down to the long-sought zero tolerance,” Batory said. “On a daily basis—with about 25,000 railway people reporting for work across the nation— there are today about 5 to 6 reportable accidents/incidents reported to the FRA, excluding grade crossing accidents. With PTC, this accident rate will improve.”

PTC “Version 1.0” is in fact “a huge Big Data activity,” Batory noted. “Between GPS reads and all of the linked radio communications of PTC ‘events,’ this will be the rail industry’s biggest data bucket.”

Batory said he is already looking forward to the advances that the basic PTC installed network could achieve. He is committed to working with railroads like BNSF and NS, which have already suggested management efficiencies that could be gained with more intelligent AI (artificial Intelligence) type functions like moving block. “PTC Version 2.0 can advance the industry’s long-sought trip planning improvements as the additive business value beyond safety,” he said. “Moving-block is inevitable”.

PTC, though, “is admittedly expensive,” Batory said. “I would like our industry to look carefully at lower-hanging-fruit options that can be mined using Big Data-driven sources.” For example, he spoke of service quality improvements achieved at Conrail (where Batory was President and Chief Operating Officer). One yard in Camden, N.J. saw improvements as the management team used targeted data packages to examine current operations and operating failures against possible changes. “It was not PTC data,” he said. “By better use of factual data assembled at the yard level, Conrail realized a one-third reduction in injuries, a 35% improvement in dwell time, a two-thirds reduction in derailments, and safe implementation of selective-flat-switch remote-control yard handling using one-person crews.”

“The challenges ahead for today’s managers are different than that of the ‘financial survival’ that prevailed during some of my career,” Batory said. “The dire financial problems I faced as a young railroader are basically resolved. Now, making the industry more customer-friendly is one of the biggest challenges. For example, I suggest targeting the railroad network’s 1.6 million freight cars, which are moving assets, as one of the big opportunities for today’s railway men and women. Those assets are extremely expensive as balance sheet capital—each of them often in the $150,000 capex range. Live PTC GPS feeds linked with smart freight car technology, tracking those assets in real time, offer a clear Big Data opportunity to obtain more loaded trips per car-year in productivity. Adopting more automated railway track and train inspection technology is another opportunity. There, FRA procedural regulations may have to be modified. That’s a clear role for me in Washington.”