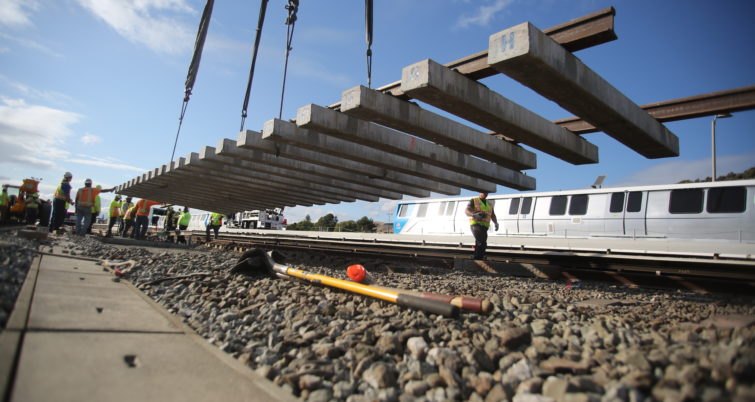 Bay Area Rapid Transit's Yellow Line in the East Bay will be the focus of significant trackway repairs come February.

During the long President’s Day weekend from Feb. 18-20, 2023, BART will have crews working to replace 7,500 feet of worn rail between the Rockridge and Lafayette stations. The yellow line is BART’s busiest line, according to the agency.

Service will resume the following Monday at 6 a.m., similar to a Saturday, BART said.

Voters’ approval of Measure RR, which will provide $3.5 billion to replace BART’s basic infrastructure, has made the upcoming construction possible, BART said in a release.

In the spring, workers are scheduled to replace an interlocking between the MacArthur and Orinda stations during five non-consecutive weekends in April, May and June. The tentative weekend dates for the spring project are April 1-2, April 15-16, May 13-14, May 27-30, and June 10-11, BART said.

The equipment is being replaced because it is beyond its design life, according to a release. Once the renovations are finished, BART said passengers can expect to experience a smoother and more dependable commute.